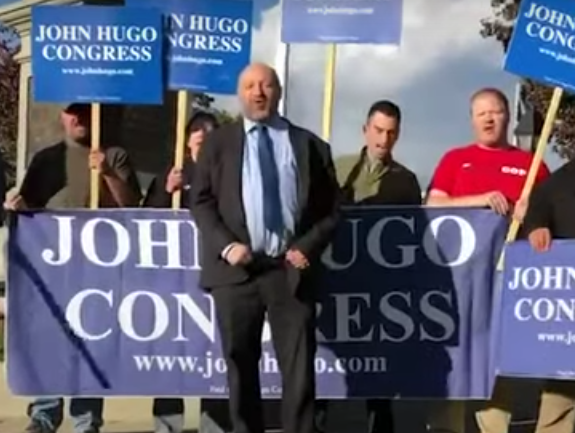 Homophobes in Boston are so unbelievably insecure that they believe they should get a parade to celebrate “Straight Pride”. And they were just granted application approval to hold one.

The reason why June is Pride Month is to celebrate the LGBT community, who have been oppressed and treated as second-class citizens for decades in our country and around the world. Parades mark the occasion and celebrate love and equality.

But a bunch of bigots are banding together to demand their own “Straight Pride” parade to celebrate hate under the guise of celebrating being straight as if being straight hasn’t already been glorified in our country for hundreds of years and isn’t over-represented in our society.

“Straight people are an oppressed majority,” Hugo laughably wrote on the group’s bigoted website. “We will fight for the right of straights everywhere to express pride in themselves without fear of judgment and hate. The day will come when straights will finally be included as equals among all of the other orientations.”

Again, straight people are not oppressed. If Hugo wants to get married, he could do so any time he wants without facing discrimination of any kind. A gay person, on the other hand, faces all kinds of hate and bigotry.

Another organizer of the group, Mark Sahady, is a white supremacist who supported the violence in Charlottesville in 2017.

Ironically, the group has chosen gay right-wing pariah Milo Yiannopoulos to serve as their grand marshal.

Boston Mayor Marty Walsh has already stated that he won’t be attending or endorsing the “Straight Pride” parade if it happens, but pointed out that the anti-gay group has not received a permit yet, and claimed that the city can’t deny them one based on their hateful beliefs.

“Boston’s values are clear: respect, diversity, and acceptance of all,” Walsh wrote on Twitter. “As Mayor, I’m proud to host our annual Pride Week, where our city comes together to celebrate the diversity, strength, and acceptance of our LGBTQ community. [P]ermits to host a public event are granted based on operational feasibility, not based on values or endorsements of beliefs. The City of Boston cannot deny a permit based on an organization’s values. Whatever outside groups may try [to] do, our values won’t change. I invite each and every person to stand with us, and show that love will always prevail.”

To learn more about Hugo’s bigotry, here’s a video via YouTube.