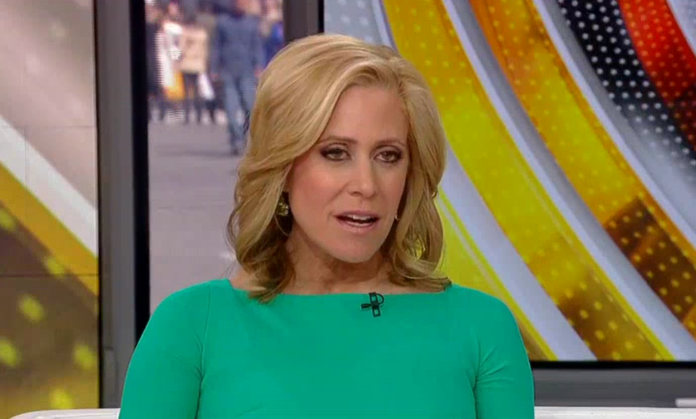 The demand for Trump to release his tax returns has reached fever-pitch as House Democrats formally asked for the returns from the Treasury Department this week and even Senator Lindsey Graham (R-S.C.) believes Trump should release them before 2020 because Americans should get to see them.

During Fox’s Outnumbered on Thursday, Democratic strategist Jon Summers made the case for why Americans should get to see Trump’s tax returns after the hosts of the show accused Democrats of seeking the returns for political reasons.

“We wouldn’t be here if President Trump had actually kept his word,” Summers said. “He promised to release his tax returns and he hasn’t done it.”

Francis interrupted to ask “What word?” and conveniently forgot that Trump publicly promised to release his tax returns on the campaign trail, which Summers and Francis’ co-hosts reminded her about.

Indeed, in May 2014 before he had decided to run, Trump said, “If I decide to run for office, I’ll produce my tax returns, absolutely. And I would love to do that.”

Asked by NBC anchor Chuck Todd in 2016 if he would release them, Trump replied, “Absolutely.”

In fact, Trump repeatedly claimed that he would do so, but used being under audit as an excuse to not release them even though being under audit is not a good enough reason. According to the IRS, an audit does not prevent anyone from releasing their returns.

“Obviously, there’s always politics at play but then there are some real questions that need to be answered,” Summers continued. “There are concerns about his financial ties to other countries.”

Once again, Francis broke in to defend Trump, this time by making a “joke” about the Clintons that fell flat because the Clintons released 39 years of tax returns.

Trump has various foreign ties to Russia and Saudi Arabia. His inauguration committee is being investigated for taking foreign donations. And his former fixer Michael Cohen testified that Trump committed tax evasion and insurance fraud, which means the tax returns could be evidence of those crimes. They could also be used as evidence of money laundering and prove that Trump is lying about his charitable donations and his wealth.

There is every reason for the American people and Congress to see these tax returns, and Fox News hosts like Melissa Francis are humiliating themselves by trying to make excuses in Trump’s defense.