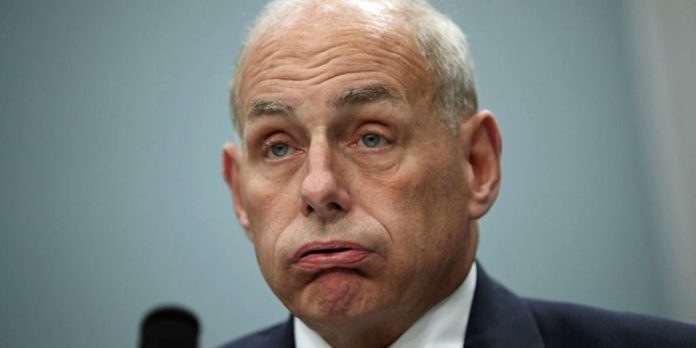 Former White House chief of staff has decided to cash in on his name by joining the board of a company that operates the largest shelter for unaccompanied migrant children who come to the United States, according to CBS News:

“Kelly joined the board of Caliburn International, the company confirmed to CBS on Friday. Caliburn is the parent company of Comprehensive Health Services, which operates a shelter for migrant children in Florida and three others in Texas.”

Before he became chief of staff, Kelly was head of the Department of Homeland Security and helped formulate and implement the harsh immigration policies of the Trump administration, including plans to separate migrant children from their parents and house them in internment camps reminiscent of the ones used to imprison Japanese-Americans during the Second World War.

Reaction to Kelly’s willingness to profit off the suffering of immigrant children was immediate and righteously harsh:

John Kelly is now profiting off the misery of migrant children being kidnapped and disappeared into Trump’s concentration camps and yes, please lecture me one more time about how it’s impolite to call these fuckers Nazis, because my fucking head hasn’t exploded enough times today

Help cause a humanitarian crisis, then profit from it. https://t.co/bECggqaJCB

They aren’t just monstrous, they are liars. He claimed to be moderating Trump’s policies. Now he’s profiting off them. It’s so disappointing that people who have held positions of public trust behave in such a way. https://t.co/YvAvVKbOtX

John Kelly has a long record of being a racist anti-immigrant piece of shit. This fits his resume perfectly. https://t.co/tjnppk3NUN

Profiting from crimes against humanity. https://t.co/NEcHLlPVg4

This guy is going to die quietly in his sleep and be lauded as a brave public servant. The world is poorly made. https://t.co/Olsl383wFG

Some may say that due to his military service, John Kelly is an honorable man. He just proved otherwise.