The United States Blues
Home News Palestinians may have finally found a way to get rid of Bibi... 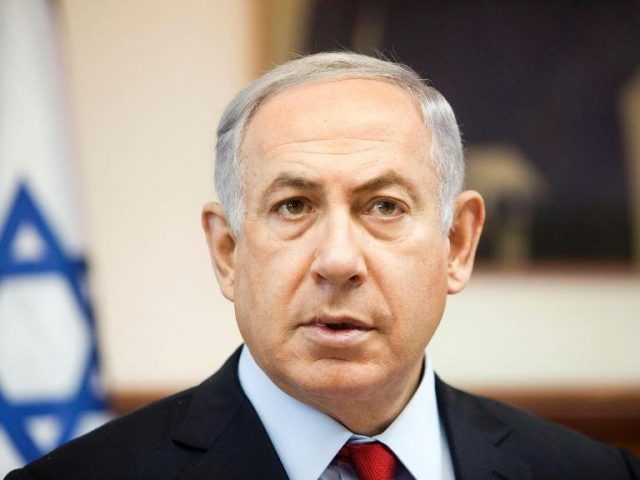 With every election for prime minister of Israel, the current head of state, Benjamin Netanyahu, is known to tell his supporters that they need to get out and vote because members of the country’s Arab minority will be casting their ballots en masse.

This time, however, it appears that Netanyahu’s predictions may have come true, and his fearmongering may even have wound up costing him another term in office, according to The Guardian:

Partial results suggested Tuesday’s election saw turnout from Palestinian citizens of Israel, who account for up to a fifth of the population, rise to 61% of eligible voters, up 12 points since the previous vote.

Early predictions suggest that parties representing Israeli Arabs could become the third most powerful faction in the Knesset after the two main parties and even the deciding factor in who becomes prime minister. In some possible scenarios, the parties could head the opposition, a first for Israel.

As of 2:30 p.m. on Wednesday, vote totals suggest that Netanyahu’s Likud party doesn’t have enough seats in parliament to form a government:

“According to Channel 12, 95% of the votes from Tuesday’s elections have already been counted, Blue and White stands at 33 seats and Likud at 32 seats, with Blue and White leading by a narrow margin. It is important to note that these are still not the final results.”

“It backfired. Netanyahu’s political discourse gave Arabs a sense of importance – that their vote does matter.”

So what happens now? Well, the head of the Blue and White party, Benny Gantz, could well form a government with the support of the Arab parties, leaving Netanyahu out of office and facing trail on corruption charges:

“A deal between Arab parties and Gantz – who led the bloody 2014 war in Gaza and has said he wants to keep control over significant Palestinian territory – may have previously appeared unthinkable. But in one potential scenario Arab politicians could endorse Gantz as prime minister but not join his government. All to oust Netanyahu.”

In many previous elections, Arabs who had the right to vote have refused to, saying they prefer to take a principled stand. But that has only served to diminish their voices in the process that governs them.

Now, however, the very thing Netanyahu has been saying in one election after the other may have actually come to pass because many Arabs finally decided to use the right they have. And they got help from Jewish voters, too:

Outside a polling booth in West Jerusalem on Tuesday a Jewish man, who asked to remain anonymous, said he had voted for Arab parties in protest. It was less about their policies, he said. His vote was for one reason: “I’m against racism.”

If nothing else, this Israeli election could well serve as a very real lesson in the power of the ballot. It’s a message that needs to be sent to democracies across the globe, including the one that just so happens to Israel’s single-biggest ally and supporter. The same one that has a presidential election in 2020.