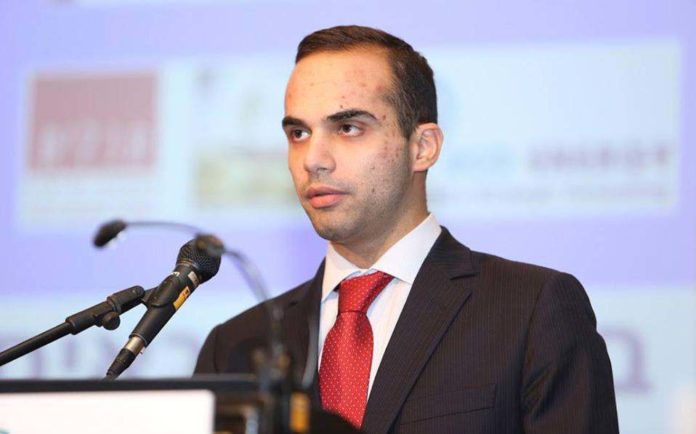 Trump has written off George Papadopoulos as a “young low-level volunteer” following reports that the former foreign policy adviser pleaded guilty to lying about trying to make contact with Russian officials during the Trump campaign.

Papadopoulos is reportedly working with Mueller as part of a plea deal to help assemble a case against other Trump campaign officials.

Who is George Papadopoulos, and if he was a young, low-level aide, how did he become a key player in Mueller’s investigation?

Here’s what we know:

Papadopoulos first came onto the scene during Ben Carson’s campaign in November 2015, The Hill reports. Carson’s camp was reeling after one of its foreign policy advisers told the New York Times that the candidate was clueless on matters of national security.

Carson’s campaign manager, Barry Bennett, desperately needed to add to his list of foreign policy advisers. Bennett scanned resumes and came across a name that stood out: George Papadopoulos.

Papadopoulos wasn’t exactly qualified to serve as a foreign policy adviser. He listed his participation in a model United Nations class exercise on his LinkedIn profile. Bennett didn’t care. He was looking for a short-term “employee” whose name would appear on a list of advisers to make it look like the campaign was taking Carson’s shortcomings seriously.

Papadopoulos also claimed to have worked as a research assistant at a conservative think tank called the Hudson Institute for five years.

“All of the foreign policy establishment, the A-listers were working for Jeb [Bush] or Marco [Rubio]. So here’s this 28-year-old kid who is not terribly sophisticated, but he solved my problem of needing to put a bunch of names on a list. I’m sure he wrote some things for us, but I don’t know that we used any of it.” – Barry Bennett

Papadopoulos signed on at the Hudson Institute as an unpaid intern and did research on a contractual basis between 2013 and 2014.

Bennett, who advised Trump’s transition team, suspects that Papadopoulos was enlisted by the Trump campaign much like he was Carson’s. Policy adviser Sam Clovis needed to show that Trump had a list of foreign policy advisers.

“My guess is that Trump pulled out a list that Sam Clovis had typed up and read off the names and that’s how his name popped up.”

Papadopolous’ plea deal reveals that the former adviser had emailed more experienced advisers about potential meetings with Russian officials. Reports have surfaced that Clovis was the campaign supervisor that Papadopoulos emailed about the matter.

Clovis allegedly told Papadopoulos that he was doing “great work” and encouraged him to continue his efforts to set up meetings with the Russians.

Trump has nominated Clovis to be a science adviser to the Department of Agriculture. His Senate confirmation hearing will take place in November.

“Not to be disrespectful to him, but he is a nobody. This idea that he was wearing a wire – I don’t think he knew anyone else in the campaign. If he’s the smoking gun then they don’t have anything.”

Papadopoulos was named by Trump as one of five foreign affairs advisers during a meeting with The Washington Post’s editorial board, including Lt. Gen. Keith Kellog and Carter Page. Trump called Papadopoulos an “excellent guy.”

He and Trump were photographed together last April.