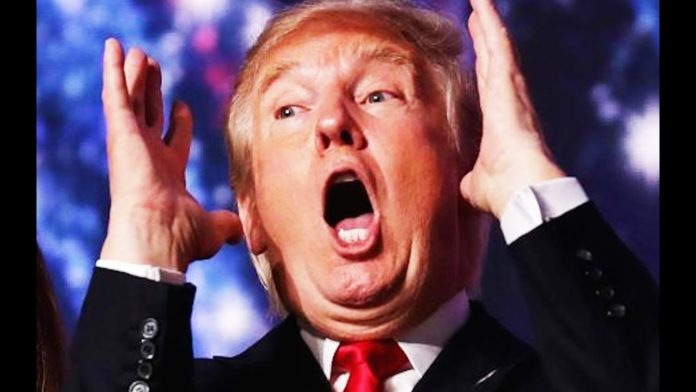 Clearly, the upcoming report from Special Counsel Robert Mueller is weighing heavy on the mind of President Donald Trump, who had an enraged meltdown on Twitter Sunday afternoon in which he accused his 2016 opponent, Hillary Clinton, of colluding with Russia.

The only Collusion with the Russians was with Crooked Hillary Clinton and the Democratic National Committee…And, where’s the Server that the DNC refused to give to the FBI? Where are the new Texts between Agent Lisa Page and her Agent lover, Peter S? We want them now!

Why exactly would the DNC and Clinton have colluded with Russia to rig the election in favor of Trump? The DNC server is just a red herring, and every U.S. intelligence agency has confirmed that Russia worked on behalf of Trump, not Clinton, whom the Kremlin feared.

Some of the responses the whining chief of state received are pure gold. Take a look:

Same boring crap. You’re at 41% in Texas and under 50% in many other states. You’re toast in 2020. Russia isn’t going get you elected this time.

Oh yeah, right. Hillary Clinton colluded with Russia to get 3 million more votes than you so that she could LOSE the Electoral College?

Methinks someone is sprinkling CRACK on your hamberders, Spanky.

Cool story Bro but where are your taxes?

I guess someone is getting worried about the Cohen testimony. Must see tv on Wednesday! I will have my popcorn ready😂😂😂😂