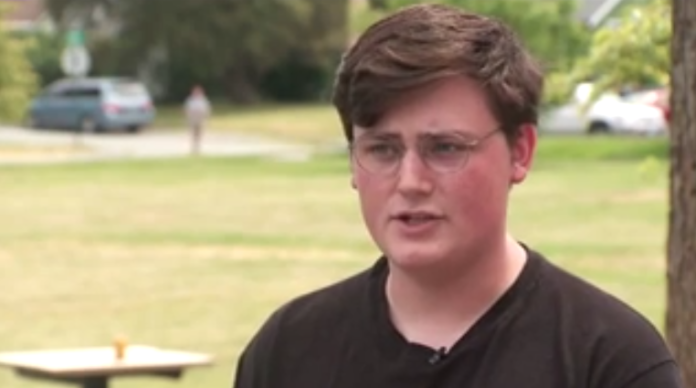 A “Christian” camp that discriminated against a gay youth counselor by firing him is suffering the wrath of parents this week as they pull their own kids out of the camp in protest.

Earlier this month, Camp Fircreek in Washington State discovered that 18-year-old Jace Taylor is gay and has a boyfriend. Rather than accept Jace as the good-hearted person he is who wanted to spend his time counseling kids who need his help, Fircreek fired him and ignited a firestorm in the process that started when Jace’s father James strongly rebuked the camp on Facebook.

“He is one of the most loving honest people you will meet,” Taylor wrote of his son. “Wonder why people have issues with the Christian Church and its organizations? We are called to love everyone no matter what race, gender, sexual orientation, etc. I realize they are private and can make their own rules but this is bull shit. I am extremely angry and heartbroken for him. I would like to say a lot more 4 letter words.”

In a statement, camp executive director Tom Beaumont admitted that all employees are apparently required to sign statements of faith. Jace could not do so because that would be denying who he is and hiding, something no one should be forced to do. Beaumont implied that Jace’s sexuality makes him incapable of loving kids and introducing them to God.

But now the camp is facing an exodus as parents protest by yanking their own kids out of the camp, especially since it’s now clear the camp teaches bigotry.

“When we saw the post we just thought ‘Wow, we can’t support this through our money or through any affiliation until they deal with this,’” outraged parent Mike Soltis, who attended the camp himself, said.

“We’re a Firwood family,” he continued. “We’re quite connected with the camp. It’s quite a personal and meaningful thing that’s happening to us. The hate has come at a cost to that young man. It’s time for us to start using our voices and picking up signs. We can’t just quietly love and support, we have to advocate for and use our pocketbooks to send messages. In times like this, change is built on the backs of people and it can be painful.”

Tracee Smith, whose daughters were exposed to anti-LGBT messages at the camp, agrees, which is why she took them out of the camp as well.

Now that the camp is losing attendees and money, perhaps it will actually practice what Jesus teaches and love their neighbor. If not, they can expect the exodus to continue.