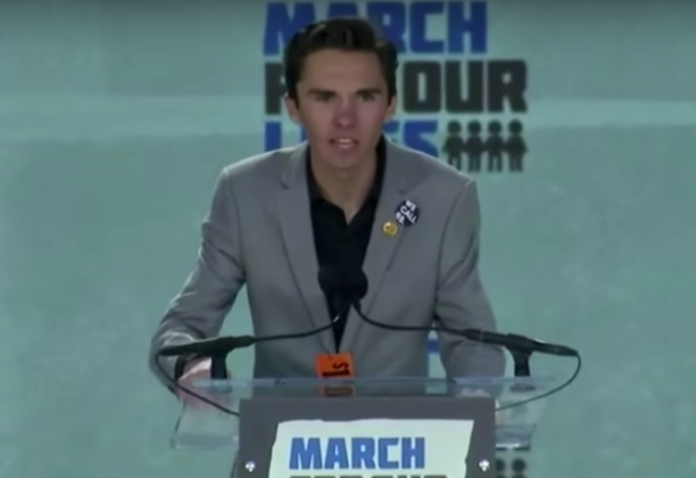 Despite the fact that 17 students were killed in a school shooting in Parkland, Florida in February, attorney and Parkland Education Advisory Board member Wayne Alder decided it was appropriate to refer to Marjory Stoneman Douglas High School student David Hogg as a Nazi Brownshirt.

Ever since Hogg began speaking out as an activist against gun violence, conservatives started been viciously attacking him, most notably Fox News host Laura Ingraham, who is still dealing with the continuing exodus of advertisers from her show.

But now the attacks have gotten even more personal and closer to home for Hogg.

In an apparent late-night Twitter rampage at the end of March, Parkland Education Advisory Board member Wayne Alder compared Hogg to Nazis.

“Parkland. Here is your future. I won’t be wearing the Broward Brown Shirt,” Alder wrote in one tweet after retweeting an image featuring Hogg raising his fist in the air as a Nazi swastika peeks out from underneath an Obama campaign logo on the podium.

“I’m from Parkland,” Alder continued. “This is what happens when a town decides to back one political party, one political voice. The tyranny of one voice that is David Hogg.”

The rest of the advisory board should probably take a look at these tweets and decide if they really want someone like Alder involved with the school system.

Here are screenshots of the posts via the Miami New Times:

Of course, Alder denies he said any such thing about Hogg despite the photographic proof. Alder told the New Times:

“I haven’t posted anything about David Hogg myself. Not a word. He has a right to say what he wants to say. All I say is that when anyone puts themselves in the public forum, they should expect criticism from people.”

In other words, Alder is saying he didn’t do it but if he did, Hogg should expect such attacks just for being in the public eye. Alder tried to deny and justify his tweets at the same time.

He did appear to express regret about the Nazi image, however. Alder said:

Alder also tried to separate his tweets from his position on the board.

But that doesn’t fly. As a board member, Alder should refrain from launching such a vicious attack against a student in his jurisdiction, especially since Hogg was still just 17-years-old at the time. Alder can disagree with Hogg, but slandering him by comparing him to Nazis and calling him a voice of tyranny is beyond inappropriate and should disqualify Alder from serving on the Education Advisory Board.

Even the law firm he works for, Kaufman Dolowich & Voluck in Boca Raton, should be horrified.

As for Hogg, he responded on Twitter Friday by urging everyone to focus more on stopping gun violence than on the cowardly attacks of desperate gun nuts.

Why are we focusing so much on the people verbally attacking us, when there are people dying of gun violence each day: focus on the important news. https://t.co/jZyWCEu5wD