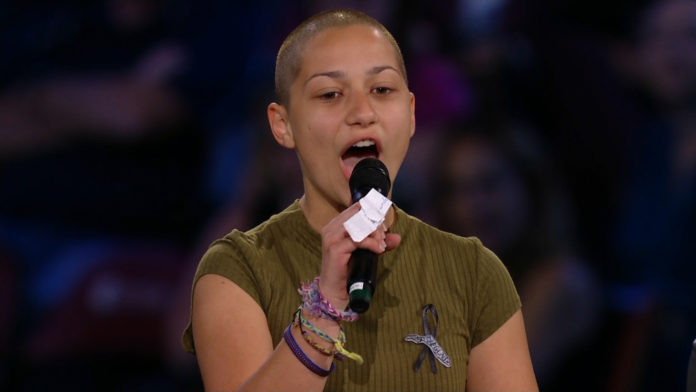 In the aftermath of the mass shooting at Marjory Stoneman Douglas High School in Parkland, Florida, Parkland students have sent shockwaves across the country–and the NRA–with their fearless protests and gun safety activism. David Hogg and Emily Gonzalez, two of the most vocal Parkland students, have been instrumental in leading the movement and pressuring Republicans in Congress to emphasize students lives over the interests of the bloodthirsty NRA.

Naturally, their efforts have been less than welcomed by some of the ever-so genteel members of the NRA.

Both Hogg and Gonzalez, who refer to themselves as members of the “mass shooting generation,” say they’ve received numerous death threats from unhinged (and armed) members of the NRA in response to their protest movement.

“There’s always been people who are going to want to harm us, Gonzalez said. I’m not going to pretend that this like opened my eyes to a cruel and harmful world … When it comes right down to it, we already knew that this world was going to be tough. So getting death threats like that doesn’t really faze us.”

These two kids certainly aren’t eating Tide pods anytime soon and clearly are among the many upcoming generations that should frighten Republicans.

When it came to the numerous death threats, he received from the NRA Hogg addressed them most candidly and eloquently.

I think the problem comes in when it’s people at the top of this organization that don’t listen to their constituents and continue to scare people into buying more guns, creating more violence, so they can scare more people and sell more guns, he continued. The people at the top of the NRA are no longer working for the people that are in their organization. They’re working on behalf of the gun lobby.

After Parkland, a growing number of Americans want gun restrictions. If members of the NRA have to sink so low as to threaten high school kids, it just shows how sad they’ve become.