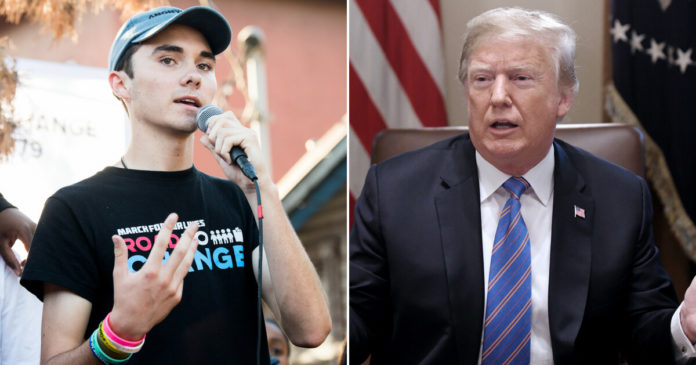 Parkland mass shooting survivor David Hogg has a message for President Donald Trump: If you want to focus on a real national emergency in the United States, take a long look at the problem of gun violence instead of trying to demagogue the issue of a wall on the Southern border.

As Trump prepares to make a prime time speech to the nation on Tuesday evening, Hogg appeared on CNN and commented:

“If we really want to start talking about the national emergency like the president likes to talk about, 40,000 Americans dying annually from gun violence is a pretty damn good one to start off with.”

The president has repeatedly said that he may declare a national emergency and order that a wall be built immediately on the border with Mexico, though such a move would set off a legal fight that could take months or years for the courts to resolve. Last Friday, Trump told reporters:

But Hogg noted  that gun control should be considered a “nonpartisan issue” since “both Democrats and Republicans die from gun violence.

“Bullets don’t discriminate and neither should our legislators.”

As the government shutdown stretches into its third week thanks to Trump’s insistence that he be allowed to extort $5 billion from American taxpayers for his long-promised wall, the White House is trying desperately to reframe the wall as a matter of national security, even though their arguments to support such a contention have come up short.

Tuesday morning, Vice President Mike Pence repeated a debunked lie that 4,000 suspected terrorists have been apprehended attempting to cross into the United States from the Southern border. But statistics from the Office of Homeland Security show the real figure stands at six.