The United States Blues
Home National News Pastor says immigrant detention centers are good for kids because they can... 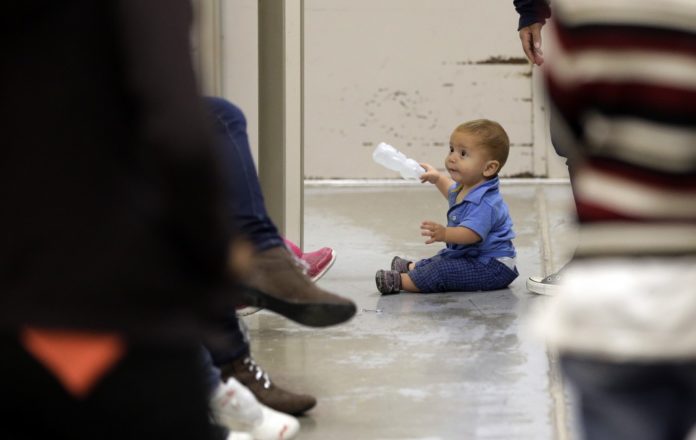 A pastor who often goes to one of the immigrant detention centers which holds migrant children in Florida said Friday on Fox News that being held like prisoners isn’t so bad for the kids because they’re still allowed to have religious services and he hasn’t heard any of them complain.

Pastor Russell Black, president of Latin Impact Ministries in Homestead, Florida, had this to say on “Fox & Friends”:

“As I see the print media, the politicians, make comments and allegations about the shelter, it blows me away that they don’t have the correct picture at all. Many of us have been working there, volunteering for the last four years. We’ve been privileged to be able to conduct religious services there every Saturday morning. And literally thousands of children have passed through our services. And lives have been changed.”

Homestead, it should be noted, has been criticized for its treatment of children being held at the center. As the American Friends Service Committee notes:

Children sleep in military-like dorms and rooms that can hold up to 250 kids. They’re not allowed to leave the compound. And they’re closely monitored by guards and are subjected to a strict no-hugging policy, even among siblings.

Since Homestead has no state supervision, even the Miami-Dade school district does not know what kind of programming the private corporation running the facility is providing to children in detention. Miami-Dade School Superintendent Alberto Carvalho has criticized the shelter for its lack of transparency and expressed concerns about the inequity of the quality and standards of education provided to children in detention.

Despite those established facts, Black dismissed the allegations made about Homestead and denied any of the children are being abused or mistreated:

“Not only do we have people there constantly day in and day out, not in staged visits where tours are conducted but actually operate in there. I have had the privilege of being there not just on Saturdays but during the week on spontaneous visits. And it is consistent. The same care that’s been taking place.”

As if that’s not ridiculous enough, Black also declared that he often runs into “children and staff, outside the shelter, who are now living in the community” and “I have never had any of these individuals say that it was a bad experience.”

If Pastor Black feels so strongly that the internment camps are good for children, how about we take his children or grandchildren and let them stay there for a month or two? Do you suppose he’d be willing to subject them to the way immigrant kids are being treated on a daily basis?