The United States Blues
Home Politics Congress Paul Ryan: Being unable to cut Medicare and Social Security is the... 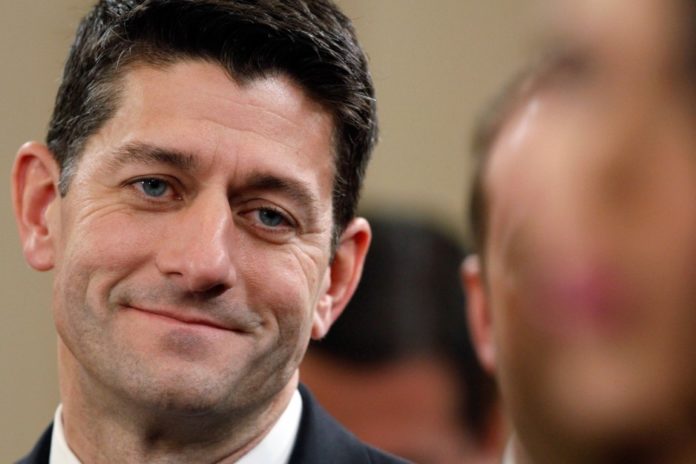 Former Speaker of the House Paul Ryan (R) said Monday that his single biggest regret from his congressional career is that he was unable to radically slash both Medicare and Social Security.

“One thing I regret the most is we did not get a debt reduction plan in place. If you don’t get these entitlements under control, we will have a debt crisis in this country.”

Ah yes, the debt crisis, which of course Ryan and congressional Republicans helped exacerbate by teaming up with President Donald Trump to provide a $1.9 trillion tax cut for the richest Americans and biggest corporations without bothering to pay for the massive reduction in revenue that has already blown a multi-trillion dollar hole in both the federal deficit and the national debt. But hey, at least billionaires got a nice tax cut!

Oh, and Ryan also whined that he was so very sorry he wasn’t able to help Trump build his wall on the Southern border:

Going to be great? Wait a second. Didn’t Trump promise he would “make America great again”? Is Ryan suggesting that the Donald has been a failure as head of state? Or is he urging more tax cuts and calling for more immigrant children to be place into internment camps?

As ShareBlue Media notes, Ryan was only too happy to go along with Trump’s inhumane policy when it comes to those seeking asylum in the United States:

Last year Ryan helped the Trump administration hold young immigrant children, protected under the DACA program, hostage in his quest to build a wall along the southern border. DACA is the Obama-era program Trump rescinded in 2017 that protected about 1 million immigrants brought to the U.S. as children. Republicans threatened deportation of these children to an attempt to extort a funding agreement from Democrats for the racist wall. Those efforts were unsuccessful.

Though we’ve always known that Paul Ryan is a heartless bean counter who doesn’t give a damn about anyone with a net worth of less than $1 million, his remarks on Monday are a new low, even for him.