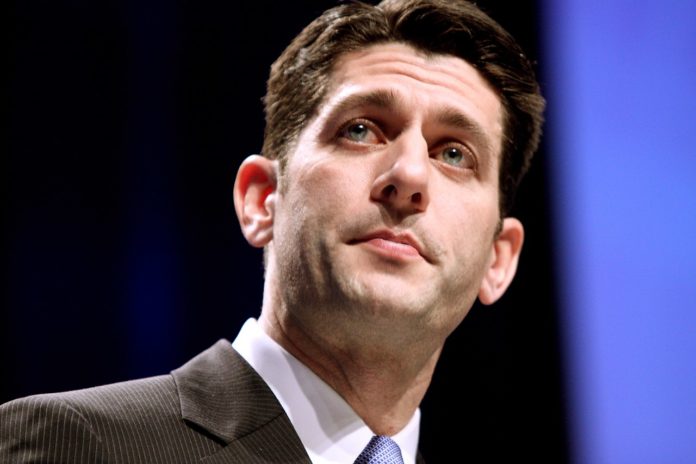 Speaker of the House Paul Ryan (R-Wis.) got his ass handed to him by House Chaplain Patrick Conroy, who will not be resigning from his position after all.

Last month, Ryan asked Conroy to resign, resulting in a letter of resignation that soon went viral and angered lawmakers on both sides of the aisle. Conroy wrote:

“As you have requested, I hereby offer my resignation as the 60th Chaplain of the United States House of Representatives.”

The resignation came as a shock, but Ryan never explained why he asked Conroy to resign. A group of lawmakers even sent a letter to Ryan demanding answers.

On Thursday, Conroy, who has served as House Chaplain since 2011 and has one year left in his current term, rescinded his resignation letter after receiving counsel from an attorney.

“At this time, and upon advice of counsel. I hereby retract and rescind said resignation.”

He then went on to give reasons why he refuses to resign.

“I have honorably served in that role since that time, was re-elected House Chaplain in every succeeding Congress, have never been disciplined, nor reprimanded, nor have I ever heard a complaint about my ministry during my time as House Chaplain.”

Conroy informed Ryan that his Chief of Staff, Jonathan Burks, had told him that he was being asked to resign partly because he’s Catholic and because of a prayer he delivered on the House floor in the middle of the tax cut debate in November last year.

Indeed, Conroy prayed for lawmakers to not forget about the poor and that they need help, too.

“As legislation on taxes continues to be debated this week and next, may all Members be mindful that the institutions and structures of our great Nation guarantee the opportunities that have allowed some to achieve great success, while others continue to struggle. May their efforts these days guarantee that there are not winners and losers under new tax laws, but benefits balanced and shared by all Americans.”

As we all know, Republicans passed the most lopsided tax cuts in history, benefiting the wealthy and corporations at the expense of the majority of Americans, who will now be on the hook for a massive deficit increase.

Concluding his letter to Ryan, Conroy told him that he’ll have to fire him outright if he really wants to get rid of him. Otherwise, his critics will just have to wait until the House votes for chaplain next year, by which time Ryan will no longer be in Congress.

“I also write this letter because I do not wish to have my ‘resignation’ be construed as a ‘constructive termination.’ You may wish to outright ‘fire’ me, if you have the authority to do so, but should you wish to terminate my services, it will be without my offer of resignation, as you requested.”

Faced with a prolonged battle that would likely humiliate him, Ryan issued a statement reversing his decision.

“I have accepted Father Conroy’s letter and decided that he will remain in his position as Chaplain of the House.”

“My original decision was made in what I believed to be the best interest of this institution. To be clear, that decision was based on my duty to ensure that the House has the kind of pastoral services that it deserves. It is my job as speaker to do what is best for this body, and I know that this body is not well served by a protracted fight over such an important post. I intend to sit down with Father Conroy early next week so that we can move forward for the good of the whole House.”

Perhaps Ryan should use his visit with Conroy as an opportunity to confess and seek forgiveness for his sins.

In the meantime, Twitter has been busy mocking him for getting trounced by a priest.

Paul Ryan not actually having a conversation with the House Chaplain before he asked for his resignation, and sending his chief of staff to do the job, squares with my idea of Paul Ryan.

House Chaplain Pat Conroy will no longer resign and is forcing Paul Ryan to fire him. Gotta love Ryan getting outmaneuvered by a non-politician. This whole debacle not only reveals Ryan’s lack of character but also how terrible of a Speaker he was.

The Rev. Patrick J. Conroy, the House chaplain, has informed Paul Ryan that he would like to take this National Prayer Day to inform him to Fuck off.

Paul Ryan moved quicker than a Catholic leaving Mass right after Communion to be home for kickoff.

Far right “evangelicals” in House GOP forced to take down their “No Catholics need apply” sign as Jesuit priest gets his job back.

So Paul Ryan is so spineless, he’s spineless even when he’s dead wrong.

Paul Ryan might as well resign from Congress right now rather than leave at the end of this year. Because it’s clear that he is only embarrassing himself the longer he stays.