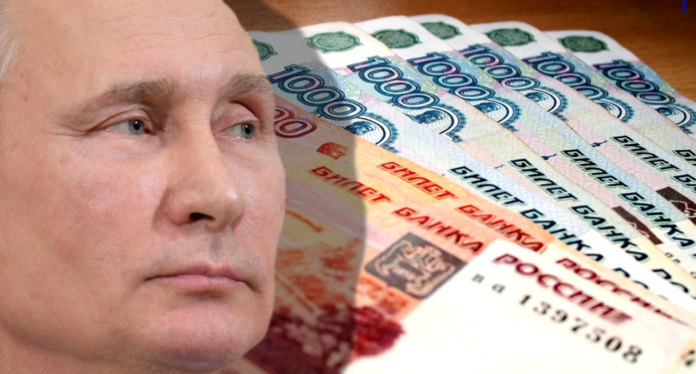 Follow the money. It’s undoubtedly what investigators will do when looking at how Russia may have colluded with the Trump campaign to win the 2016 presidential election. Trump’s former campaign manager, Paul Manafort, with his three US passports, ties to Russian oligarchs, ankle monitor, and charges for possible money-laundering certainly creates the optics that Russian money could have influenced the election. Of course, so does the news that Russian spent rubles to target the election on social media. Now enter the latest news, that there were 60 payments from Russia earmarked, “To finance election campaign of 2016” sent out during the run-up to the American election. Some of that money was from VTB, Russia’s state bank under sanctions by the US since 2014. That’s money directly from the Kremlin, almost as if Putin himself doled out the cash. A total of nearly $400,000 was distributed to Russian embassies.

On the memo line of the wire transfers from Russia.

Can this all be over now?https://t.co/xnzrUPXMzR

It’s incredibly helpful that have “To finance election campaign of 2016” on the bank wire note. Thanks for a remarkable shining moment of transparency, Russia. Did Russia want Americans to know this? Or did they make the calculated move not to say to which election they specifically referred?

Of course, we still don’t know for sure if that meant the money went to the US election campaign, so it’s not proven yet. That will have to be found out by FBI investigators, who became aware of the transactions two months ago. It’s not over by any means but will be part of the more extensive investigation into Russian money laundering.

Natasha Bertrand, from Business Insider, noted that the Senate Intelligence Committee would have their hands on 2,000 documents from the from the financial-crimes unit of the US Treasury.

Jason Leopold, a Senior investigative reporter for BuzzFeed, made it clear that Citibank wouldn’t speculate about what the money was used for, but that they reported the wire transfers to Treasury regulators as suspicious “b/c they had no legal, economic or business purpose.”

Even now, Citi hasn't told regulators what they think the money could have been used for. Even after WE asked if it could be for Russia elections, neither Citi nor FBI would speculate. Sources would only say FBI is investigating it. https://t.co/Y26lrb9z0S

Miriam Elder, BuzzFeed World Editor, noted that even though overseas Russian Duma (“State Assembly”) elections were going on around the same timeframe of September 2016, Citibank still found the activity suspicious.

So the question is, would the Russian Foreign Ministry wire $30,000 to the Russian embassy in Washington for the Duma, or was it for something else? 59 other transfers went to 60 countries, and that money was wired with the same note.

The Foreign Ministry responded to the BuzzFeed article, saying “this attempt to artificially draw Russia and the Embassy to the internal US disagreements has failed in the most shameful manner.” That money was for “Russians living overseas to cast ballots in a parliamentary election.”

However, Natasha Bertrand made a highly relevant point, noting that the Steel Dossier mentioned the very topic of wire transfers to the Russian embassy.

“Source E claimed that Russian diplomatic staff in key cities such as New York, Washington DC and Miami were using the emigre ‘pension’ distribution system as cover,” the dossier reads. “The operation therefore depended on key people in the US Russian emigre community for its success. Tens of thousands of dollars were involved.”

Time will tell if FBI investigators follow the money and find that it leads to money exchanged to help the Trump campaign win the election. If that bears out, collusion is proven beyond any shadow of a doubt, even as we know that Trump’s son colluded with Wikileaks to spread illegally stolen emails, with full knowledge of top Trump campaign officials.

It doesn’t seem like such a stretch that more of the Dossier could pan out as credible.