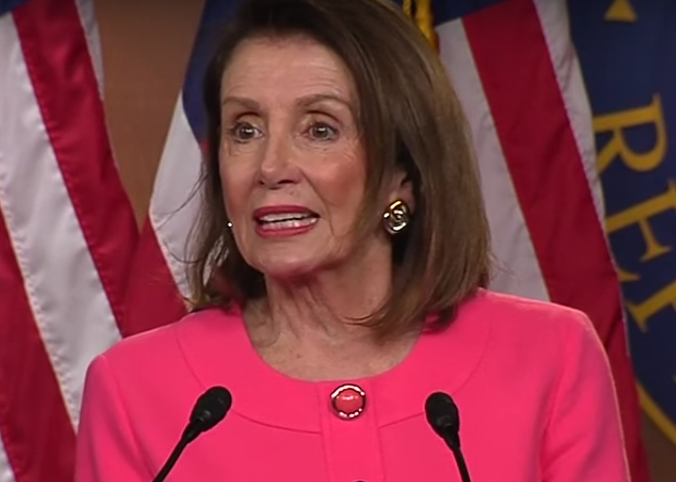 During her weekly press conference, Pelosi identified McConnell as part of a triumvirate, including President Donald Trump and Attorney General Bill Barr, that is seeking to force a hostile right-wing ideology upon the country.

She began by referencing McConnell’s remarks at an event in Kentucky in which he boasted that he will be the “grim reaper” of the Senate if Republicans keep the majority in 2020 in order to obstruct any legislation that Democrats pass in the House.

Of course, he’s already been acting in that capacity since Democrats took over the House in January, killing legislation that would make Election Day a national holiday and expand voting rights while reforming campaign finance laws to take money out of politics.

In addition to that, McConnell has killed legislation that would improve the lives of women, reduce gun violence and fight climate change, as Pelosi would helpfully list.

“It’s also about gun safety,” Pelosi concluded. “We sent over HR112 for responsible background checks. Handmaidens to the National Rifle Association and the special interest. Connect the dots. When you see Barr sitting there, what’s his motivation? His motivation — his loyalty is not to his oath of office — it is to all of the Republicans in Congress is to the special interests. So whether it’s HR1 or gun safety, paycheck fairness, violence against women, saving the internet, climate action now, the list goes on.”

That’s true. The House passed two background check bills as a matter of fact, but McConnell refused to take them up because he’s scared of the NRA.

So, while Republicans are trying to claim that Democrats aren’t capable of legislating and investigating at the same time, they are clearly lying. The GOP refuses to pass any legislation that could improve the lives of Americans all while focusing on protecting Trump, which means they are the ones who are incapable of investigating and legislating. Americans should be outraged at how Republicans are behaving and they have a chance to oust them all in 2020, including McConnell.