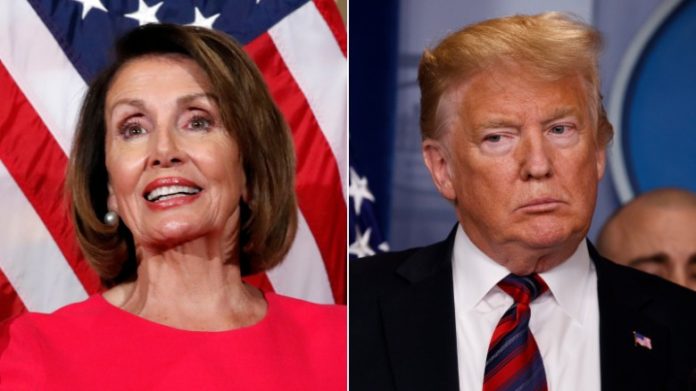 As a result of the ongoing Trump shutdown, the FAA announced Friday it will now start delaying, re-routing, or halting flights at three of the country’s top airports. The reason: Air traffic controllers are exhausted and some have called out sick, endangering the entire airline industry and thousands of travelers.

Not long after the FAA made their announcement, Speaker of the House Nancy Pelosi went on Twitter and warned that President Donald Trump was making the country less safe with his demand for a border wall:

Indeed, Trump is the one who stood up and walked out of bipartisan talks to end the shutdown, which is now in its 35th day. At least 800,000 federal workers have now missed two paychecks as they struggle to provide for their families. All the president has to do is tell Mitch McConnell to put a clean funding bill on the floor that opens the government and pays the workers and this will all be over.

As for Speaker Pelosi, it turns out she was just getting warmed up on the subject of how dangerous Donald Trump is to the United States.

Reporters asked Pelosi about the day’s other news: The indictment and arrest of longtime Trump confidante Roger Stone. To that, she noted that it’s “very interesting to see the kinds of people the President of the United States has surrounded himself with.”

But it was what Pelosi said next that should worry Trump most of all:

“This connection to the integrity of our elections is obviously something we have to get the truth about. But it’s also bothersome to see his connections to Russia and the President’s suggestions, questions whether we should be in NATO – which is a dream come true for Vladimir Putin.”

In other words, she and Congressional Democrats are about to turn up the heat on the Russia investigation. That, in addition to the indictments from Special Counsel Robert Mueller, may wind up leading to the early exit of Trump from the White House.