The United States Blues
Home Politics Congress Pelosi sounds the alarm: ‘What does Putin have on the president?’ 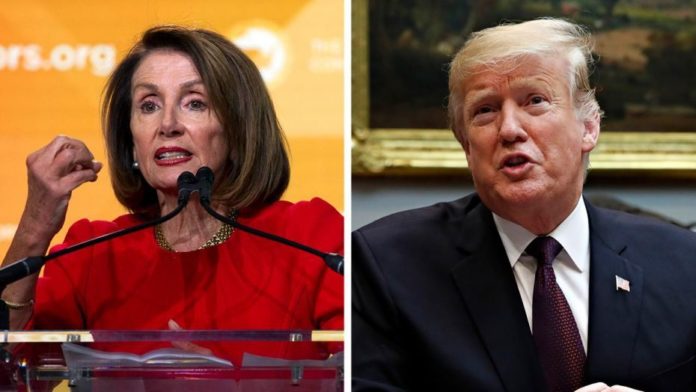 Now that President Donald Trump’s longtime adviser and confidant, Roger Stone, has been arrested and charged with obstruction, lying to Congress, and witness tampering, Speaker of the House Nancy Pelosi (D-CA) is turning up the heat on Trump, asking the question millions of us have been posing for two years: Why is Donald Trump so willingly subservient to Russian President Vladimir Putin?

“The indictment of Roger Stone makes clear that there was a deliberate, coordinated attempt by top Trump campaign officials to influence the 2016 election and subvert the will of the American people. It is staggering that the President has chosen to surround himself with people who violated the integrity of our democracy and lied to the FBI and Congress about it.”

The House Speaker also took to Twitter to ask some other pertinent questions about Trump and Russia:

Roger Stone’s indictment makes clear there was a deliberate, coordinated effort by top Trump campaign officials to subvert the will of the American people during the 2016 Election. #FollowTheFacts

What does Putin have on @realDonaldTrump, politically, personally or financially?

Why has the Trump Administration continued to discuss pulling the U.S. out of NATO, which would be a massive victory for Putin?

For his part, Trump denied Stone’s indictment had anything to do with him, even trying to suggest that Hillary Clinton should be indicted:

If Roger Stone was indicted for lying to Congress, what about the lying done by Comey, Brennan, Clapper, Lisa Page & lover, Baker and soooo many others? What about Hillary to FBI and her 33,000 deleted Emails? What about Lisa & Peter’s deleted texts & Wiener’s laptop? Much more!

It’s been said before, but it needs to be repeated: An innocent person doesn’t act the way Donald Trump does. The more he tweets, the more he denies, the more he lies, the guiltier he looks.