The United States Blues
Home News Pelosi urges patience on impeachment and makes it clear that an inquiry... 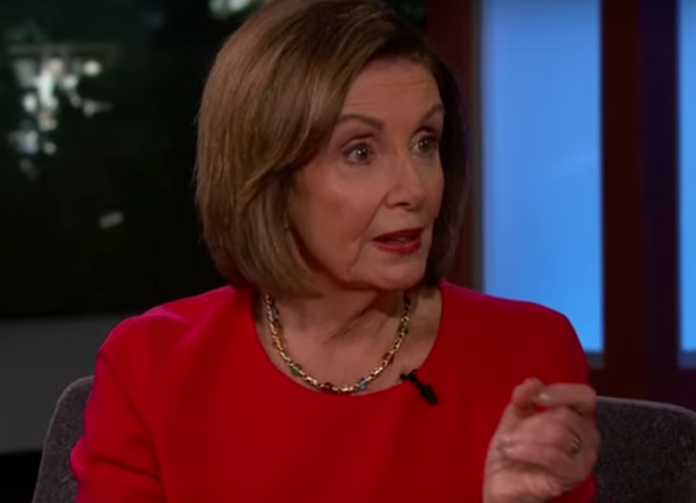 Despite Special Counsel Robert Mueller laying out a clear case for impeachment in his final report by listing ten instances of obstruction of justice, House Democrats are taking a deeper dive to make their case for impeachment much stronger by looking at evidence Mueller did not, such as Trump’s financial and tax documents. They also want to question witnesses to confirm testimony and give individuals the chance to add more.

The Trump administration is already “engaged in a cover-up,” according to Pelosi, because subpoenas are being ignored, which only strengthens the case for impeachment because ignoring subpoenas is an offense included in impeachment articles against former President Richard Nixon.

During the interview, Pelosi explained why Democrats are moving at their current pace despite louder calls for an impeachment inquiry to commence immediately.

“We have to be ready,” she said. “Our Founders, in the darkest days of the Revolution, they said, ‘The times have found us.’ Well, I think right now the times have found us. We have a defiance of the Constitution of the United States, and so when we go down this path, we have to be ready, and it has to be clear to the American people, and we have to hope that it’ll be clear to the Republicans in the United States Senate.”

“The public deserves to know the truth — the facts — and so, when you go down a path like impeachment, which is very divisive, it could divide the country,” Pelosi continued. “Let me put it this way: We understand our oaths of office, to defend the Constitution of the United States. Apparently, the president does not understand his oath of office. He doesn’t honor the oath to protect and defend. We know our responsibility, but again, because it is divisive, we have to try to bring people together.”

So far, Rep. Justin Amash (R-Mich.) is the only Republican in Congress who has publicly called for impeachment. Other Republicans privately agree but are too frightened of Trump to do the same.

Pelosi pointed out that Trump knows the extent of his crimes better than she does and opined that he wants to be impeached.

“I probably have a better idea as to what the president has to be held accountable for than anyone,” she said. “The only person who knows better than I do is the president of the United States. He knows. He knows what his violations have been.”

“I think the president wants us to impeach him,” Pelosi concluded. “He knows it’s not a good idea to be impeached, but the silver lining for him is, then he believes that he would be exonerated by the United States Senate, and there’s a school of thought that says, if the Senate acquits you, why bring up charges against him in the private sector when he’s no longer president? So when we go through with our case, it’s got to be ironclad.”

Ultimately, even an ironclad case against Trump may not be enough because Republicans don’t care if a crook is in the Oval Office as long as they get to enact their agenda. And even if they do vote to impeach, the country would still be stuck with Vice President Mike Pence as the acting President, which isn’t much better. So, the only real way to end this nightmare is for the American people to overwhelmingly vote against every Republican on the ballot in 2020.