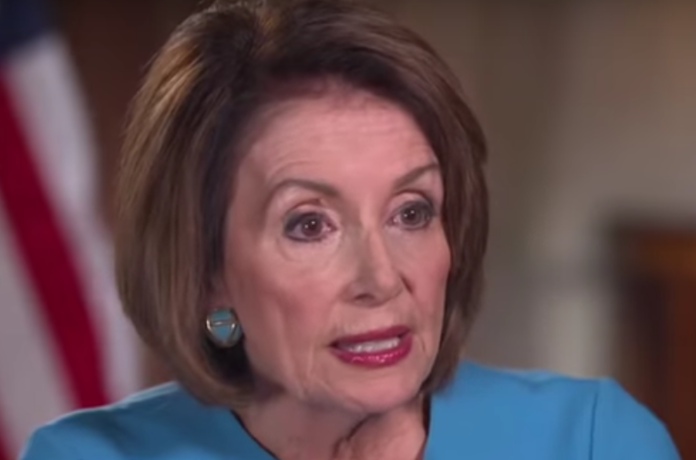 The cries for impeachment are growing by the day, especially after Rep. Justin Amash (R-Mich.) became the first Republican in Congress to join the call.

The damning revelations laid out by the Mueller report alone are enough to make the case for impeachment, but Pelosi continues to resist taking the one action that could speed up document requests and court decisions on Trump’s lawsuits to block subpoenas.

When asked why Democrats continue to hold off, Pelosi told Morning Joe host Mika Brzezinski that a Republican senator needs to step up to call for impeachment.

“Bipartisan support for impeachment has to be in the Senate,” Pelosi said. “In terms of Congressman Amash, his voice speaks to the silence of so many other — all the other Republicans not to hold this president accountable for the oath of office that he takes to protect and defend the Constitution, respecting the co-equal branches of government. Amash may be one voice, but the fact that it is in the absence of other voices, it speaks very loudly.”

Pelosi also wants to avoid impeachment hearings that appear politically motivated, which is why she wants to lay out a clear case for the American people.

Indeed, as more Americans support impeachment, some Republicans will surely be pressured to join Amash, especially since some already privately agree with him.

Pelosi also noted that failure to comply with subpoenas is also an impeachable offense.

“In the Nixon articles of impeachment, Article III, is that he did not honor the subpoenas of the Congress of the United States, so that is an issue,” she said. “Before they got to that place at that time they had a long investigation, and that’s what we’re doing now, then we have some options available to us. One, in particular, is they’re saying you have no purpose for these subpoenas. Well, under the Constitution, one of the purposes would be to see if you want to go down the path of impeachment. There are other purposes as well.”

Democrats had better move a bit faster. Because the American people put them in control of the House to provide oversight, which includes impeachment if necessary and the evidence certainly makes it clear that it is, regardless of whether there is bipartisan support in the Senate or not. At some point, Democrats need to act lest they be seen as weak heading into the 2020 Election. And if Democrats lose, they’ll lose their chance to be on the right side of history.