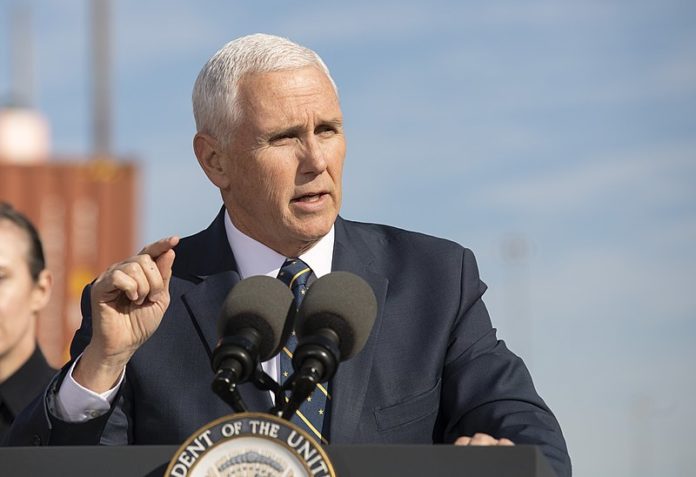 President Donald Trump has already ordered a carrier group and 1,500 troops to the Middle East and is also considering a plan to send as many as 120,000 more as part of National Security Adviser John Bolton’s invasion plan to effect regime change in Iran.

Trump is also considering an invasion of Venezuela to effect regime change there as well.

And all while the United States continues to fight wars on several fronts in Syria, Yemen, and Afghanistan, where we’ve been fighting for nearly 20 years.

During the commencement address at West Point military academy, Pence signaled that the United States is close to starting more costly and bloody wars and that the graduates should prepare themselves.

First he lavished praise on Trump with false claims.

“As you accept the mantle of leadership I promise you, your commander in chief will always have your back,” he said. “Mr. Trump is the best friend the men and women of our armed forces will ever have.”

He spoke about the recent $750 billion defense bill as if the military has never had a bloated budget before. And then he delivered a warning.

“It is a virtual certainty that you will fight on a battlefield for America at some point in your life,” Pence said. “You will lead soldiers in combat. It will happen. Some of you may even be called upon to serve in this hemisphere.”

Venezuela is in this hemisphere, as is Mexico and other Central American countries Trump is currently engaged in immigration spats with.

But it’s Iran that’s most worrisome because Trump appears hell-bent on finding any reason to invade, especially as the 2020 election approaches.

These graduates, however, are not the only ones who better prepare for war. Iran can bring millions of soldiers into the fight because they have been preparing for a defensive war with the United States for a long time. Therefore, a military draft would be necessary to match their forces, meaning Americans would be forced into military service to fight and die in Iran in a war that will be reminiscent of the Vietnam War, but even bloodier and costlier.

Pence’s speech is nothing more than yet another step in Trump’s march to war and we should no longer pretend that he is reluctant to start one, nor should we pretend that he actually cares about the men and women he would be sending to their deaths.