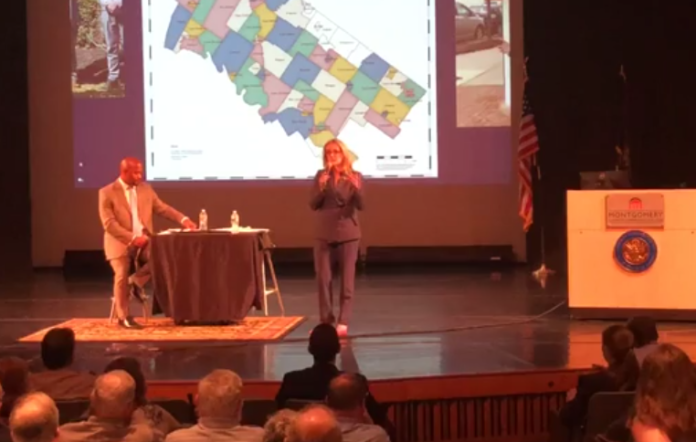 If Democratic leadership is still wondering if there’s a thirst for impeachment, they should watch Rep. Madeleine Dean’s (D-Penn.) most recent town hall event.

Held within the suburbs of Philadelphia on Wednesday, a constituent named Sam Seplow brought up the subject of impeachment as part of a question and answer session.

“I hear congressional representatives on TV pretty frequently say that, when (they) go to town halls, that’s not what people are talking about,” Seplow later told The Daily Beast. “It’s a huge interest of mine.”

Democratic leaders in the House of Representatives have been reluctant to open an impeachment proceeding against President Donald Trump despite the bombshells dropped by the Mueller report concerning Trump’s multiple acts of obstruction of justice. Obstruction is an impeachable offense, and Trump’s flouting of congressional oversight is as well. Yet, Democrats seem to be making a mistake by failing to at least open an impeachment inquiry.

Prior to the town hall, Special Counsel Robert Mueller himself further fanned the flamed of impeachment by making it clear that Trump committed crimes, his team was just prevented from bringing charges because of a ridiculous DOJ policy.

“I wondered whether anybody would bring that up,” Dean responded to Seplow, drawing laughter from the audience. “The facts are accumulating in such an outrageous way.”

“We are faced with the most indecent president of our lifetime,” Dean said as the crowd erupted in cheers.

She went on to outline how Democrats are moving toward impeachment by issuing subpoenas and taking Trump to court to force him to comply. Democrats are even considering leveling fines against Trump officials and may even consider arresting and jailing them.

For Dean, who is a member of the House Judiciary Committee, she’s already had enough of Trump’s stonewalling.

“I believed I had to say, enough is enough,” she said. “We should open up an impeachment inquiry.”

She concluded by slamming Trump for tearing up the “fabric of our Constitution” and said no one is above the law. The audience cheered again.

Here’s the video via Facebook. The impeachment question and Dean’s answer are at the 35:00 mark.