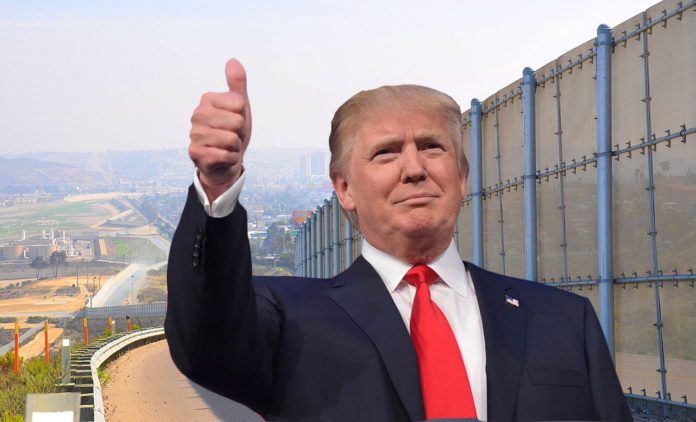 It must be embarrassing when you’re the so-called Commander-in-Chief of American armed forces and your own Pentagon says you’re full of crap, but that’s exactly what just happened regarding comments President Donald Trump made Wednesday about sending 15,000 troops to the border with Mexico in response to a caravan of Central American immigrants who are heading north to Mexico.

During an interview with ABC News Wednesday, Trump remarked:

“As far as the caravan is concerned, our military is out. We have about 5,800. We’ll go up to anywhere between 10,000 and 15,000 military personnel on top of Border Patrol, ICE and everybody else at the border. We have to have a wall of people.”

There are currently 5,200 active-duty military personnel deployed along the U.S.-Mexico border, and while a spokesperson for the Pentagon said more may be added, he noted that he had no idea where the 15,000 figure came from.

“The Pentagon says ‘more than 7,000’ troops were being sent to the southwest border to support the Customs and Border Protection agents. Officials said that number could reach a maximum of about 8,000 under present plans.”

8,000 is not even close to 15,000, which suggests that Trump has been caught in yet another lie, this time by his own military commanders.

Earlier this week, when there were reports that as many as 14,000 military personnel might be sent to the border, the Pentagon also blanched at such a suggestion:

“On Monday, officials announced that about 5,200 were being deployed. The next day, the Air Force general running the operation said more than the initially announced total were going, and he pointedly rejected a news report that it could reach 14,000, saying that was ‘not consistent with what’s actually being planned.'”

Trump’s comments about 15,000 soldiers is the latest gambit in his stunt to frighten voters in the closing days of the midterm election. He has referred to the immigrant caravan as an “invasion” at campaign rallies in an effort to get Republican voters to the polls, but such a divisive message may actually wind up harming GOP efforts to mitigate what are expected to be large losses next Tuesday.