The United States Blues
Home News Pentagon tells Trump not to politicize the military again in wake of... 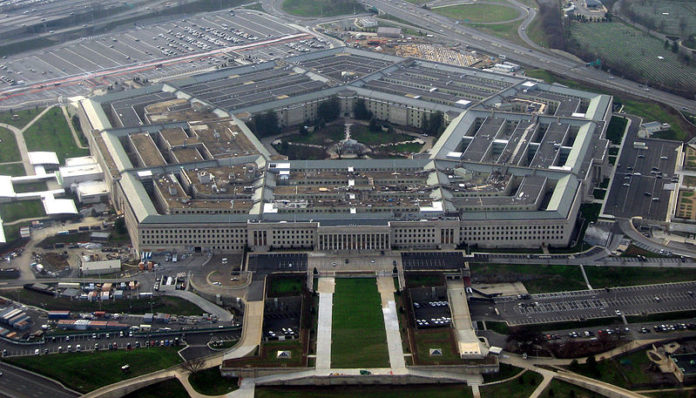 President Donald Trump is being told to lay off politicizing the military by the Pentagon itself in the aftermath of the outrage over the USS John McCain.

During Trump’s visit to Japan, the White House conveniently fired off an email directing the Seventh Fleet to keep the ship “out of sight” when Trump delivered a speech on the USS Wasp to mark Memorial Day.

A tarp was used to cover the name of the vessel and a barge parked in front of it. Despite being removed just prior to Trump’s visit, sailors on board the McCain reportedly were denied access to the speech because their hats say USS John McCain.

The effort to hide the ship and the treatment of the sailors serving on board angered the nation as Meghan McCain referred to Trump as a “child” on Twitter and proceeded to blast him for creating a culture of fear within the Armed Forces.

“The president’s actions have consequences,” she said. “And when you repeatedly are attacking my father it creates a culture in the military where people are clearly fearful to show my father’s name in one way or another. That is what started this chain of events.”

In response to this clear politicization of the military, the Pentagon is fighting back, or at least it’s making an effort to appear to be fighting back.

Acting Secretary of Defense Patrick Shanahan told his chief of staff on Friday to speak with the White House military office “and reaffirm his mandate that the Department of Defense will not be politicized,” Shanahan’s spokesman, Army Lt. Col. Joseph Buccino, said. “The chief of staff reported that he did reinforce this message.”

Shanahan confirmed details about a Navy email that said the White House military office wanted the USS John McCain kept “out of sight” when Trump was in Japan about a week ago. The internal Navy email came to light last week, triggering a storm of outrage.

“There is no room for politicizing the military,” Shanahan told reporters during his own trip to Asia.