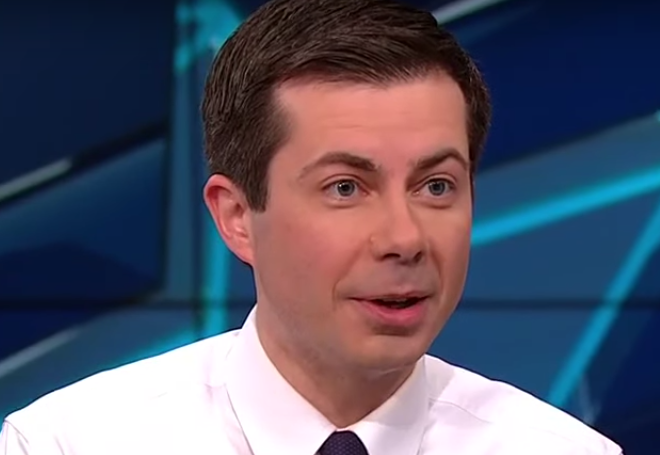 “Capitalism is a lot more important than democracy,” Moore said. “I’m not even a big believer in democracy.”

Moore’s remarks make his selection by Trump to sit on the Federal Reserve Board all the more terrifying.

On Tuesday, Buttigieg appeared on CNN in the wake of freshly announcing his 2020 presidential campaign and criticized Moore’s view.

“I think the reason we’re having this argument over socialism and capitalism is that capitalism has let a lot of people down,” Buttigieg said. “I guess what I’m out there to say is it doesn’t have to be so.”

“I believe in democratic capitalism, the democratic part is extremely important,” Mayor Pete continued. “There was this assumption that capitalism and democracy were almost the same thing — if you were for capitalism, you were also for democracy. Right now, we see democracy and capitalism coming into contention.”

“It was alarming to hear recently one of the president’s economic advisers say between capitalism and democracy, he’d choose capitalism,” he concluded. “I’d say the reverse ought to be true; we prioritize democracy. Having the framework of a rule of law, fairness, is what it takes for markets to work.”

What America has right now is vulture capitalism where greed reigns supreme over traditional American values. And now democracy is being directly threatened by this greed. The fact is that even democratic socialist nations are capitalist nations. It’s just that those nations recognized the need for regulation and fairness, something that used to be valued in the United States during the progressive era when the economy boomed after the Second World War and everyone had the opportunity to succeed. People could work one job and take care of their families. The same is not true today as CEO pay skyrockets out of control while worker pay remains stagnant to the point many working people have to rely on government aid to get by.

Capitalism has become corrupted and too extreme in this country, and that is precisely why democratic socialism is growing in appeal. The failure of corporate executives to make sure their workers are paid fairly and receive proper healthcare and a comfortable retirement among other benefits has caused desperation, suffering, and anger.

It can be fixed, but Trump and Moore won’t do it. That’s why America has to vote Democratic in 2020.