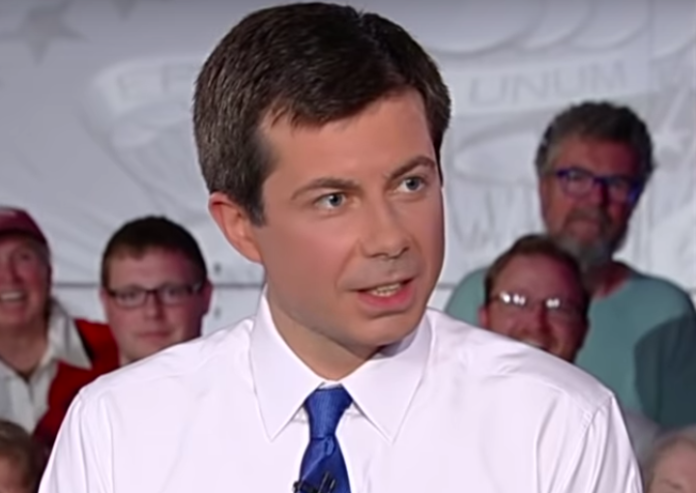 South Bend, Indiana Mayor Pete Buttigieg continued to prove that he’s one of the top candidates in the Democratic 2020 presidential field on Sunday night all while demonstrating that President Donald Trump’s Twitter tantrums are a liability.

Hard to believe that @FoxNews is wasting airtime on Mayor Pete, as Chris Wallace likes to call him. Fox is moving more and more to the losing (wrong) side in covering the Dems. They got dumped from the Democrats boring debates, and they just want in. They forgot the people…..

….who got them there. Chris Wallace said, “I actually think, whether you like his opinions or not, that Mayor Pete has a lot of substance…fascinating biography.” Gee, he never speaks well of me – I like Mike Wallace better…and Alfred E. Newman will never be President!

Appropriately, Wallace would eventually get around to asking Buttigieg how he intends to deal with Trump’s playground insults.

“Let’s talk less about policies than dynamic of running against Donald Trump,” Wallace began. “As we see in 2016, he is a formidable and unconventional candidate, he is already making fun of your name, and your looks— comparing you to Alfred Newman. How would you deal with him? How would you handle insults and attacks and Tweets and that?”

“The tweets are — I don’t care,” Buttigieg responded, causing the Fox News audience to cheer.

“That gets a lot of applause,” Wallace noted.

“It is an effective way to command the attention of media,” Buttigieg went on to explain. “We need to change the channel from the show he created. I get it, it is mesmerizing. It is hard to look away. It is the nature of grotesque things you can’t look away.”

If Buttigieg proved anything with his response, it’s that even a Fox News audience in New Hampshire is getting sick and tired of Trump’s incessant tweeting, and his hissy fits will have zero effect on him as he continues his quest for the presidency.