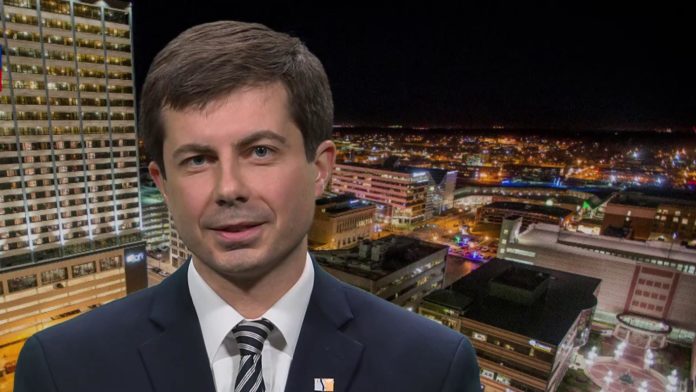 2020 Democratic presidential contender Pete Buttigieg has quickly become a household name thanks to his honest, straightforward approach to issues and his willingness to speak plainly on the issues and challenges that confront the U.S. in the Age of Trump and beyond.

At an event host by the Commonwealth of Club in San Francisco this week, Buttigieg asked the audience:

“And we’re gonna ‘Make America Great Again?’ You know, what does that mean?”

Mayor Pete then answered his own question:

“It means ‘we’re going to stop the changes so you don’t have to change anything’ and it’s not honest. You can’t have an honest politics that revolves around the word ‘again.’”

Isn’t that exactly what Trump has been selling since he first announced his run for office? He wants his followers to believe that he can keep things the same and calm those who feel things are changing too quickly. But you cannot forestall the inevitable.

As HuffPost reports, Buttigieg also touched on some other important issues which are confront American workers:

“Buttigieg had earlier noted how a ‘lost sense of identity’ of Americans was only going to become a ‘more urgent’ issue ‘as automation changes the way we relate to the world’ and the workforce.

“He said people ‘just can’t count on a lifelong relationship with a single employer to define where you fit into the world’ anymore.”

If that most fundamental problem isn’t addressed, Buttigieg warned, “I think we’re going to continue to see this kind of disaffection” that has led to the “false promise” being offered by Trump, which suggests the solution to our problems and fears is to “turn back the clock” and “stop these changes that are so disruptive for you.”

America is already great, and we don’t need anyone to make it great “again,” because it’s time we more forward and embrace the bright future we have as a multicultural nation that can compete with any other and at the same time celebrate our differences instead of using those differences to create warring camps.

The false promise being peddled by this White House that the solution to our problems is just to turn back the clock — to “Make America Great Again” — is not honest.

You can’t have an honest politics that revolves around the word “again.” pic.twitter.com/vsRgKzOuPm