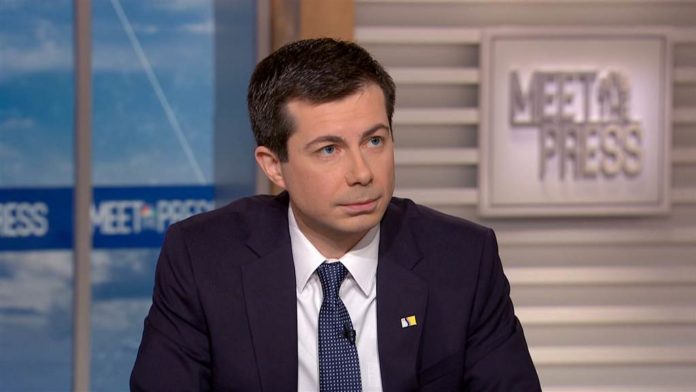 2020 Democratic presidential candidate Pete Buttigieg said Sunday on “Meet the Press” that evangelical Christians should be ashamed of their blatant hypocrisy for supporting a man as immoral as President Donald Trump.

Buttigieg was asked by host Chuck Todd to square Trump’s support among evangelicals with the president’s actions, and he admitted it’s “frustrating” since Trump seems preoccupied with “chest-thumping look at me-ism” instead of the Biblical tenets of humility and service to others, adding:

“The hypocrisy is unbelievable. You have someone who..acts in a way that is not consistent with anything I hear in scripture or in church.

“You see the diametric opposite of [biblical teachings] in this presidency.”

Buttigieg, who is currently the mayor of South Bend, Indiana, was also asked by Todd about his own lack of experience as an elected official in Washington. To that, Buttigieg responded:

“I would stack up my experience against anybody. I know it’s not as traditional, I haven’t been marinating in Washington here for a very long time and I’m not part of that same establishment but I would argue that being a mayor of a city of any size means that you have to deal with the kinds of issues that hit really hit Americans.”

Additionally, Buttigieg noted, he thinks he’s the perfect antidote to the rhetoric that comes from the White House, which he said suffers from a “loss of vision” and “loss of decency.”:

“It just might make sense for somebody my age, coming from experience in the industrial midwest, nonfederal, different background, bringing something that will actually help Americans envision the world as it will be in 2054, the year that I will be the current age of the current president. And just change the channel from this mesmerizing horror show that’s going on in Washington right now.”

Buttigieg is raising millions of dollars and making a name for himself on the national stage. Though he hasn’t formally announced his candidacy, it seems safe to bet that the South Bend mayor will be a major player in the 2020 race.