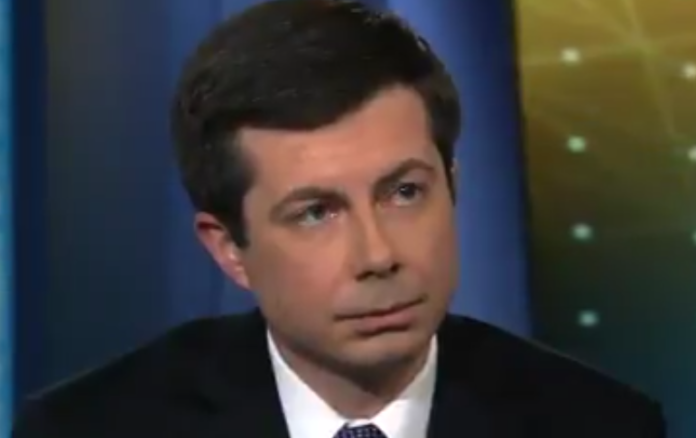 South Bend, Indiana Mayor Pete Buttigieg came out swinging in his quest for the Democratic 2020 nomination for president on Fox News Sunday by arguing passionately in favor of the Green New Deal to fight climate change.

The 37-year-old would be the first openly gay president in United States history and the youngest should he beat President Donald Trump next year. But first, he has to capture the nomination in a field consisting of more than a dozen candidates whose views range from progressive to moderate.

However, one thing Buttigieg has going for himself is his youth and ability to identify with young people who overwhelmingly believe climate change is the major issue the government needs to tackle in the years ahead.

During an interview on Fox News, Buttigieg touted his generation and noted that it’s the generation dealing with most of the country’s problems.

“I belong to a different generation than most of the others,” he began. “You know, mine was the generation that — that, you know, was in high school when school shootings started to be the norm. We’re the generation that’s going to be on the business end of the consequences of climate change.”

When asked about the Green New Deal proposed by Rep. Alexandria Ocasio-Cortez (D-N.Y.), who is younger than him, Buttigieg made it his mission to explain it to viewers who most likely despise it.

“It’s a handful of pages laying out a goal for us to cut carbon emissions before they lead to changes that really destroy our economy and any prospect for people in my generation to do well,” he said. “I’m thinking about what the world’s going to look like in 2054 when I get to the current age of the current president. And if we don’t act aggressively and immediately on climate, it’s not going to be a pretty picture.”

Indeed, rising seas and more destructive natural disasters such as drought and hurricanes are ravaging many parts of the world as the global temperature rises. The Green New Deal would fight climate change by mobilizing the economy and creating millions of new jobs to transition from fossil fuels to clean energy over the next decade.

Short of going completely carbon free, Buttgieg said that at the very least the United States should aim to be “net carbon free.”

“If we can’t do carbon free, then we’ll do net carbon free, which means that we’re taking out as much as we’re putting in,” he said before going on to warn that the science is clear and that it’s now or never to start combating this global threat.

What the Green New Deal gets right is it recognizes there’s also a lot of economic opportunity in this. Retrofitting buildings means a huge amount of jobs for the building trades in this country.