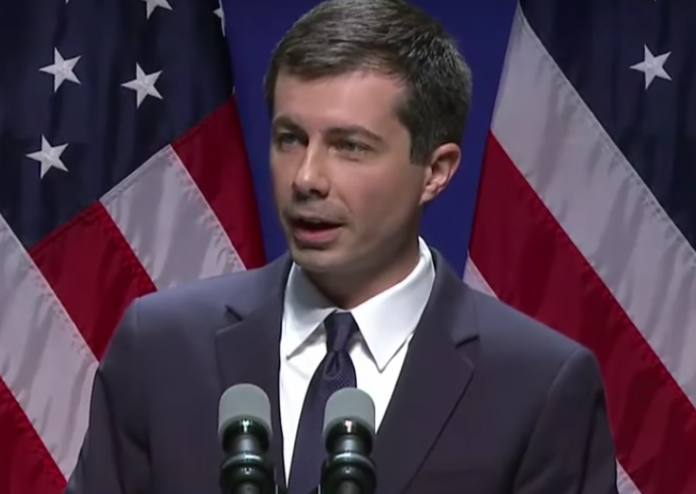 South Bend, Indiana Mayor Pete Buttigieg did not hold back during a speech at National Urban League’s annual conference in his home state on Friday when he condemned systemic racism and called President Donald Trump a racist.

Trump’s racist attack on four Democratic congresswomen of color a little over two weeks ago telling them to “go back” to the the countries they came from has incited a wave of racism and hate across the country, demonstrating more than ever that systemic racism still exists in America and racists are starting to spew it outloud.

Americans are now even more divided as Trump seeks to gin up his racist base ahead of 2020.

Democrats have unequivocally condemned Trump’s attack, including Buttigieg, who took the opportunity on Friday to call Trump a racist during a speech while vowing to continue fighting systemic racism.

“My generation saw this country elect its first black president and then turn around and elect a racist to the White House — and we ought to call that what it is,” Buttigieg said before promoting his Douglass Plan, which the Indy Star reports “seeks to overturn what he calls systemic, institutional racism in criminal justice, voting, education and housing. He said systems built on racism can’t simply be washed away if they’re replaced with neutral systems.”

Buttigieg told his audience that Americans have ignored racism for too long, thinking that it would just disappear as the times changed. Sadly, that was not the case.

“I think for too long we have believed that we were on a path where systemic racism was going to take care of itself in this country,” he said, vowing to continue talking about the problem. “I’m going to be speaking about these issues not only with mostly black audiences, but with mostly white audiences.”

Pete Buttigieg speaks to National Urban League Conference: “My generation saw this country elect its first black president and then turn around and elect a racist to the White House and we ought to call that what it is.” pic.twitter.com/GWCSY3lIwC