The United States Blues
Home Business Pharma Bro Ordered To Forfeit $7.4 Million In Assets To The US 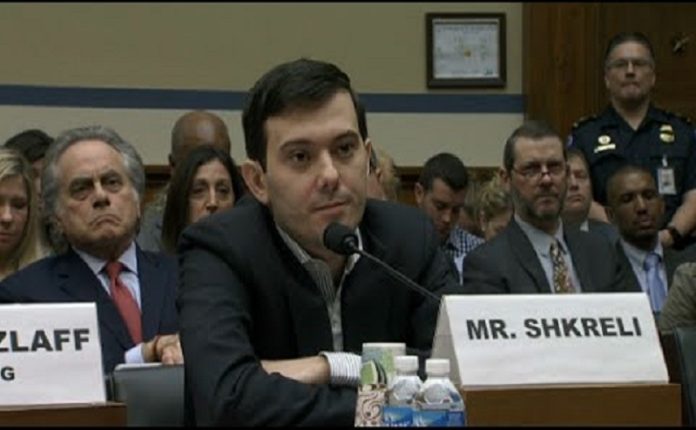 Since there has been so much inexplicable craziness and chaos occurring daily in the Trump Administration, it’s easy to forget about some of the country’s other conmen. I’m referring to, of course, Pharma Bro Martin Shkreli.

Shkreli is notorious for raising the price of the antiparasitic drug Daraprim by more than 5,000 percent during his time as CEO of Turing Pharmaceuticals. Only to then defend his decision publicly in the smuggest, most dickish manner imaginable.

Shkreli, convicted in August of defrauding hedge-fund investors and scheduled to be sentenced on March 9, was ordered to forfeit near $7.4 million in assets, including exclusive music albums and a Picasso. Apparently, in a competition with Donald Trump Jr. for world’s biggest entitled d-bag, the pharma bro contends he shouldn’t have to forfeit anything on account of not profiting from any of his crimes.

Prosecutors had a much different interpretation, saying Shkreli cheated his investors out of more than $20 million by inducing them to put millions of dollars into his two hedge funds, which were essentially Ponzi schemes. According to them, he spent investor funds on personal expenses “to maintain the image of a successful hedge fund manager.”

The sick (no pun intended) irony here is that Shkreli was not punished for the crime that caused the most harm to the public, which was jacking up the price of life-saving drugs. Since we live in a country that values the almighty dollar above human life, swindling rich people is the biggest crime of all. Who knows, maybe Shkreli will find a cabinet-level position in the Trump Admainstataion, assuming we even have a country left by then.