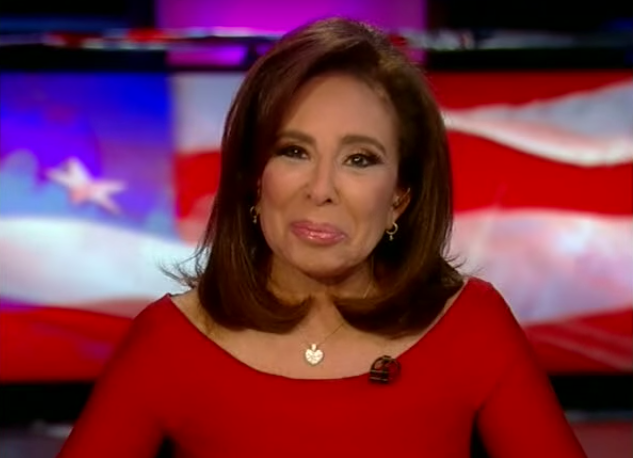 Fox News host Jeanine Pirro and the First Lady’s communications director Stephanie Grisham both tried to portray Melania Trump as extremely popular among the American people on Saturday night. Too bad that a Fox News poll blew that propaganda to smithereens.

Pirro proved just how outrageously intertwined Fox News is with the White House these days by ignoring the network’s own poll when she claimed that Melania somehow polls over 70 percent.

“I’m curious as to how she is received,” Pirro began. “I mean, she’s got incredible numbers in this country, I mean, her percentages when she polls, isn’t she like 70 percent or something?”

“Yes,” Grisham agreed. “She polls very, very well. She’s so well received everywhere that we go. Everybody loves her — which I don’t blame them, she’s an amazing First Lady.”

It’s no surprise that Fox News is inflating Melania’s popularity. After all, the network has an unhealthy relationship with the White House and President Donald Trump that goes beyond sycophantic as the network not only makes policy for Trump but also flatters him like state-controlled propaganda flatters dictators like Kim Jong Un in North Korea or Vladimir Putin in Russia. The network also acts as a place to audition for White House jobs.

But a Fox News poll has revealed that Melania is nowhere near 70 percent.

When Michelle Obama served as First Lady, she scored a 79 percent favorability rating in a USA Today/Gallup poll. When Mrs. Obama left office with her husband in January 2017, her final rating stood at 68 percent.

Furthermore, Michelle Obama recently dethroned Hillary Clinton as the most admired woman. Melania came in at a distant fourth place.

Clearly, Pirro is complicit in trying to help the White House prop up Melania at a time when she and her philandering corrupt husband is deeply unpopular across the country.