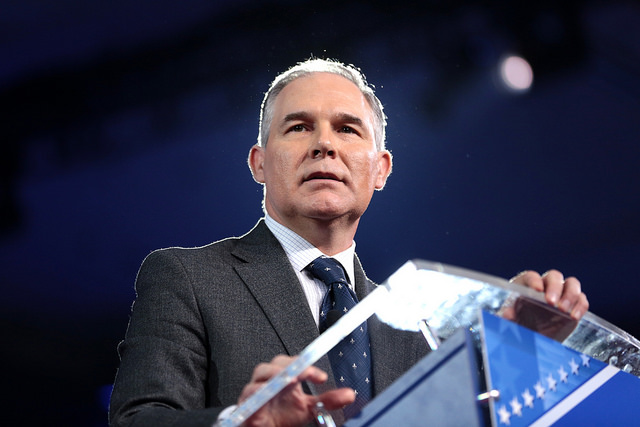 The White House has a new plan for fixing America’s crumbling infrastructure. On the campaign trail, candidate Donald Trump promised voters that he would double the $300 billion that former Secretary of State, Hillary Clinton proposed spending on the nation’s buildings, bridges, roads, etc.

Now that the White House and President Donald Trump have a plan, it’s clear that it’s an all-out assault on the environment.

According to the Guardian, the plan:

“…Proposes a 21-month limit for environmental reviews of projects that potentially threaten endangered species or fragile habitats, along with curbs on federal agencies’ ability to raise objections to new construction.”

So it limits the review time for dangerous projects, reduces the ability of agencies to object to those projects, and more easily passes out permits to developers who might irreparably harm the environment.

One of the plan’s other focuses is the border wall, Trump’s signature campaign promise. Despite the fact that numerous experts have warned of the potentially hazardous environmental aspects of the project, the administration has scrapped an Obama-era rule about sea level rise. The rule stated that federally-funded projects would have to consider climate change factors before proceeding.

Trump, though he has since gone back on the claim, once said that climate change was a hoax invented by the Chinese, and has been open about his skepticism of climate change.

The concept of global warming was created by and for the Chinese in order to make U.S. manufacturing non-competitive.

However, that has not stopped him from building two seawalls to protect three holes of his Ireland golf course from the effects of it.

A group of conservationists made it clear that Americans adamantly oppose Trump’s attempts to flout the Endangered Species Act, Clean Water Act, or National Environmental Policy Act, and wrote a joint letter that Trump’s administration’s actions make the world “a more dangerous place.”

More in the plan is a proposed cutting of the Environmental Protection Agency by a third and the Department of the Interior by 16 percent. Even though Congress would have to approve these changes, the desire to empower developers and limit control with a bold disregard for the consequences that their actions have on the environment tells us clearly what the president’s priorities are.