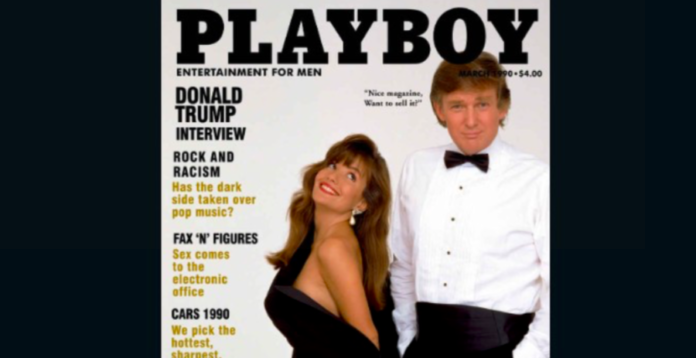 President Donald Trump just got caught needlessly lying about being inside the Oval Office by a Playboy reporter.

Trump took to Twitter again on Monday to claim that he is in the Oval Office waiting for Democrats to return to Washington to vote on border wall funding.

The problem is that Trump’s claim can be easily verified because all a reporter has to do is look at the exterior Oval Office door to see if a Marine is standing guard, which means the president is in the office.

Playboy reporter Brian Karem did just that after Trump’s tweet and discovered that there was not a Marine to be found outside the door, thus catching Trump lying once again.

POTUS tweet minutes ago claimed he was in the Oval Office. No marine there so that’s another lie. ⁦@realDonaldTrump⁩ pic.twitter.com/rnJnQt88HO

This is yet another example of Trump needlessly telling the American people a lie. He could have just written that he’s inside the White House and the tweet would have been accurate, but he chose to lie instead.

Other Twitter users also called Trump out for lying about his location.

You’re not in the Oval Office.

You’re in your bedroom, in your Putin pajamas, tweeting and thinking about how you can ruin America more. Just resign already. #TrumpResign

Translation: I’m definitely not in the Oval Office but was told I should be.

If you’re in the Oval Office, I’m on the International Space Station.

I just heard a report that said you are not in the west wing at all. Which is it?

As per press pool reporting, there is no Marine posted outside the OO as there is when POTUS is there. Sure wouldn’t want 2018 to end without squeezing in a few last-minute lies.

In the two years since Trump has taken office, he has told an astonishing 7,644 lies as of December 30th. Now we can add one more to the list.