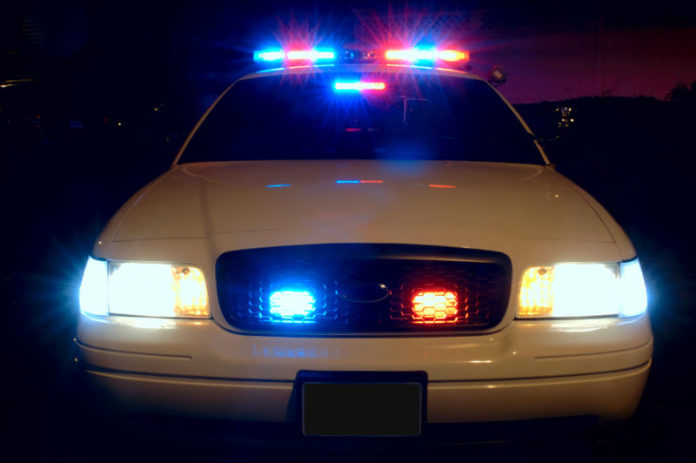 Police officers in Boulder, Colorado are under investigation after they detained a black man for simply cleaning up trash on his own property, even going so far as to have their hands on their guns as they were being filmed.

In a 16-minute film of the confrontation, a white officer can be seen with his hand on his weapon challenging a black resident without cause who had been inside a patio area, apparently picking up trash using a pick up tool.

The person filming, who also lives on the property, can be heard rebuking the officer and telling him that there’s no need for him to be aggressive since the man is on his own property and isn’t breaking the law unless cleaning up trash is yet another thing that’s against the law for black people to do.

The man is understandably angry and scared. A white police officer is literally ordering him to drop his tools and is threatening to shoot him by keeping a hand on his weapon. It’s an infuriating video that only gets worse when other officers arrive on the scene as they detain him and force him to hand over identification.

Officers then examine the tool, give it back and leave.

According to the Denver Channel:

The police department started looking into this incident on Friday. Early Monday morning, it launched an official internal affairs investigation. Once that is complete, the Professional Standards Review Panel — which is made of six community members and six members of the police department — will review the findings and provide a recommendation to the chief of police of any further action.

Had there not been a witness filming the confrontation, these officers could have easily shot and killed a man for picking up garbage on his own property in his own community.

If the man were white, officers would not have even bothered to stop. This is why black NFL players kneel.

Because this kind of thing happens all too often and with deadly results, such as in California where officers were just let off the hook for shooting an unarmed black man who was only holding a cell phone.

In August, Indiana police officers arrested a black man for “loitering” in his own apartment.

And police in Kansas City actually handcuffed a black man for trying to move a new television into his new home because they thought he was a burglar.

Most white people don’t have to deal with this kind of harassment, which is why there has been a national outcry for police reform.

Clearly, the officers, in this case, had no right to harass the man on his own property and there needs to be consequences for this kind of police overreach to prevent incidents like these in the future.