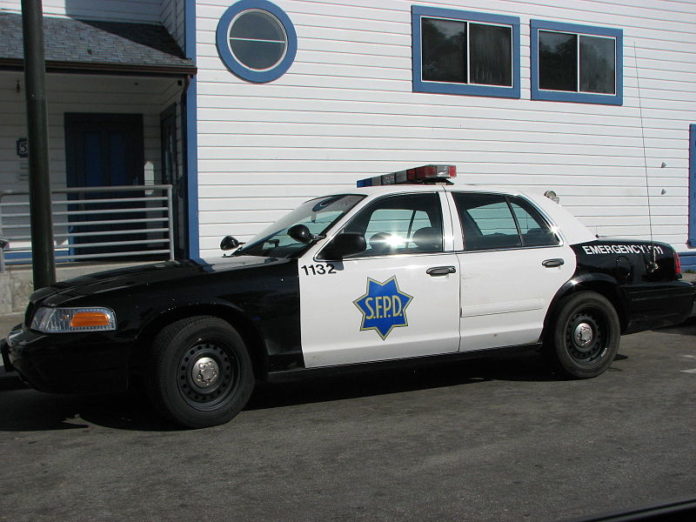 Police officers are waging war against journalists and the First Amendment with guns drawn, as experienced first-hand by freelance reporter Brian Carmody in San Francisco on Friday.

Carmody worked with three television news outlets to investigate the suspicious death of longtime public defender, Jeff Adachi, who made it his mission to be a check on police misconduct.

After Adachi’s death, the cops released strange details surrounding the discovery of his body, claiming that he was with a women who was not his wife and that there were alcohol bottles, cannabis and syringes present in the apartment where he was found in February.

These details could have been left out and usually would be, but it appears the San Francisco Police Department had such a beef with Adachi being a watchdog against them that they sought to embarrass him in death.

So when a source handed Carmody an official police report concerning the death, officers demanded he reveal who his source is.

Carmody refused, and his refusal is protected by the First Amendment of the Constitution. But San Francisco police officers didn’t care, so they obtained a search warrant as if Carmody is a suspect in a criminal case and busted inside his house using a sledgehammer before proceeding to seize every electronic device in his home and office.

“They treated me like I was some kind of drug dealer,” Carmody said. “I’m smart enough not to talk to federal agents, ever. I just kept saying ‘lawyer, lawyer, lawyer.’”

Frankly, leaks happen all the time, but police took things egregiously far in an effort to find out the source’s identity.

“There’s only two people on this planet who know who leaked this report — me and the guy who leaked it,” Carmody said.

Police kept Carmody handcuffed for six hours and harmed his livelihood, which has forced him to create a fundraising campaign to replace his devices.

In response, the San Francisco Police Department released a statement, not to apologize for their despicable actions, but to excuse them.

“The citizens and leaders of the City of San Francisco have demanded a complete and thorough investigation into this leak, and this action represents a step in the process of investigating a potential case of obstruction of justice along with the illegal distribution of confidential police material,” police said in a statement.

“I had no beef with anyone, I’m just a journalist in the middle of this,” Carmody said before pointing out that police targeted him because he’s a freelancer.

“I don’t think there was a police raid at the Chronicle with a sledgehammer yesterday,” he observed. “I am shocked at how far this has gone already. It’s already gotten way out of hand.”

Carmody and his attorney are fighting back, but this incident highlights the growing police state and hostility toward journalists here in the United States.