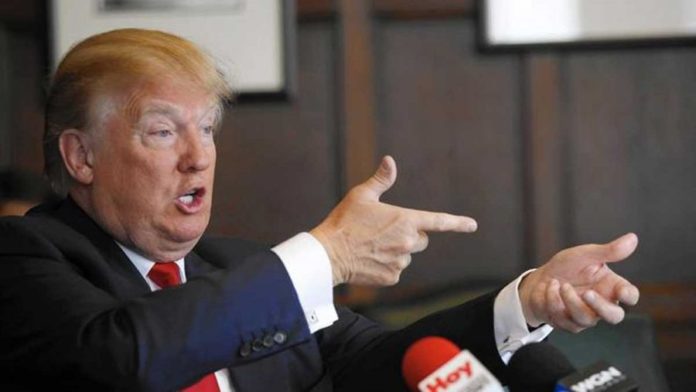 As the 2020 Election approaches, a political scientist from Amherst College is predicting that President Donald Trump will divide America so much that he causes a new civil war, especially if he is going to lose re-election.

Trump is desperate to stay in power because, as Special Counsel Robert Mueller recently pointed out, he can be and likely will be prosecuted for obstruction of justice and other crimes after he leaves office one way or another. But even before Mueller’s testimony, Trump has repeatedly suggested that he should be president for life, leading constitutional experts to fear that he will refuse to leave the presidency if he loses and may even cancel the election to prevent defeat.

And now in the wake of Trump’s racist attacks against Democratic lawmakers of color and his persecution of Hispanics, Amherst College professor Austin Sarat is warning that Trump could spark a second civil war to remain in power, and he has already divided Americans unlike at any time since 1860.

“Nasty, divisive elections are nothing new in the United States, but 2020 may go beyond nastiness and division and plunge America into a new level of disunion,” Sarat wrote in a commentary piece for WBUR.

“Today, more than 150 years after the end of the Civil War, America is again divided, by geography, party, ideology, economics and race,” he wrote. “Like the election of 1860, the forthcoming election will be fought over the kind of existential questions which, in the mid-19th century, shattered the nation.”

Indeed, it’s red states versus blue states, the West and Northeast versus the Midwest and South, white men versus people of color and women, poor versus wealthy, conservative versus liberal– a recipe for catastrophe, only this time Trump is president, not Abraham Lincoln. Trump is already trying to politicize the military to fight for him when the time comes. The question is will they actually follow such orders to invade and occupy states like California and New York.

A similar situation could occur today. But what makes a second civil war even worse is that our weaponry is much more deadly and Trump seems poised to use it, even nuclear weapons, to get his way.

That’s why Sarat says military leaders and Republicans need to make it clear that Trump has to recognize the results of the election even if he loses and transfer power peacefully, as has been the tradition in our country since George Washington retired after two terms in office over 200 years ago.

“Alas, leaders throughout the government, including the military, should prepare contingency plans for the post-election period,” Sarat concluded. “Republican leaders need to acknowledge that Trump might not leave office willingly. They must make it clear to the president that he will find no support among members of his party if he does not accept the 2020 results. Without advance planning and clear assurances from the president and his potential Democratic opponents concerning the peaceful transfer of power, Americans face the frightening prospect that in 2020 and beyond we may find ourselves (perhaps in the streets, perhaps not) in a new civil war.”