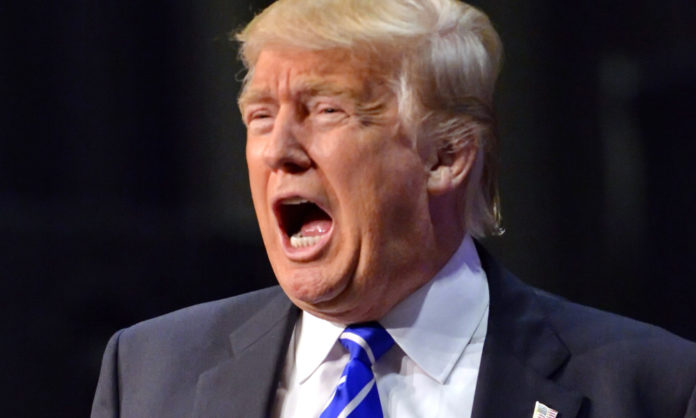 While the economy continues to do well and some 70 percent of those polled say things are better economically than they’ve been since 2001, a CNN polling expert is warning that despite President Donald Trump receiving high marks for how he’s handled money issues, he still stands a very good chance of getting beaten in the 2020 election.

Harry Enten is a journalist who who focuses on data-driven facts to determine the outcome of elections, and he has an excellent scorecard when it comes to seeing trends in the political world.

Enten notes in an article posted on the CNN website that Trump’s overall approval rating should be higher than where it is at the moment (43 percent) considering that people are so happy with how things are going economically:

“Perhaps the biggest reason to be suspect of the idea that the economy will help Trump is that it hasn’t so far. We’ve had low unemployment and strong economic growth throughout the Trump administration and yet his approval rating has averaged just 42% since he took office.”

The problem for Trump is that on other issues, he isn’t seen in a positive light, Enten explains:

“A clear problem for Trump is that there are other issues than just the economy. His ratings on stuff ranging from caring about the average American to foreign affairs to immigration to simple leadership skills are also important. They are all far lower than his ratings on the economy.”

An even larger obstacle for Trump is the fact that approval ratings have proven to be a better indicator of re-election chances than economic approval numbers. And that could spell doom for the president with 2020 just around the corner:

Should you doubt Enten’s analysis, consider the cases of George W. Bush and Barack Obama, both of whom had higher approval ratings than the numbers on their performance on the economy:

People don’t vote for candidates they don’t like, don’t trust, or see as deeply flawed. And the pattern in Trump’s overall approval numbers certainly suggests that if the Democrats nominate a good candidate to face Trump, he’ll go down in history with George H.W. Bush as the first incumbent president to not win a second term in nearly three decades.