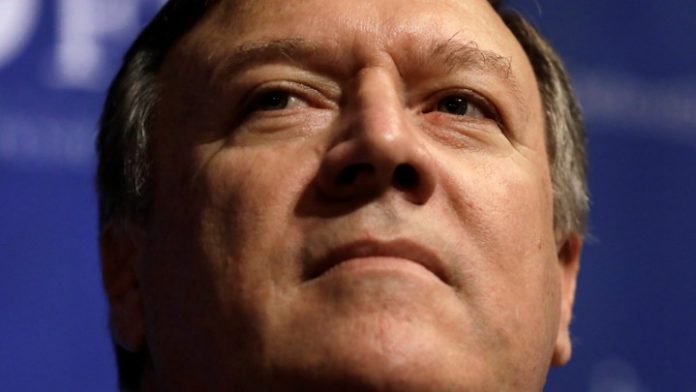 According to Secretary of State Mike Pompeo, the Trump administration’s policy on Syria is about “leading from the front” and building coalitions to handle the situation there and other foreign policy challenges that face the United States.

As part of an interview he gave to Nashville’s WZTV-TV, Pompeo made it sound like things were just fine in Syria despite a sudden withdrawal of American forces that has emboldened Turkey and Arab militias (some of which contain members of the terrorist groups ISIS and Al Qaeda).

With the humanitarian crisis in Syria growing worse by the day, Pompeo had the nerve to remark:

“I’m very proud of what we did.

“We’ll continue to work to protect people all across the world.  President Trump’s policy in Syria is aimed at achieving that.”

He’s proud of the fact that the Kurds are being slaughtered, along with their families? How can anyone be proud of such a thing?

It didn’t take long before Twitter lit up with disgust and anger in response to Pompeo’s comments, with many slamming the secretary for lying about the situation and how the White House is handling what could wind up being a resurgence of terror groups as a result of removing U.S. troops from the region. Take a look:

Every word Pompeo speaks here is a lie. https://t.co/NnKXeYXnpk

Capitulating to Turkey. Strengthening ISIS, Iran and especially Russia. Throwing allies under the bus. Pulling nukes out of Turkey to Putin’s delight, with the breakup of NATO next on the agenda. You’re surrendering the world to Russia and China.

Who was the last Secretary of State to oversee a US Military base being taken over by the Russians? Because that happened today.

While Pompeo is in Nashville doing a Christian Conference, Christians are getting slaughtered in Syria because we have NO STATE Department doing their JOB. Unbelievable how bad the @GOP is. Pompeo needs to get to Turkey and Syria and fix the mess @realDonaldTrump has put us in.

Retreating is not leading from the front, building foreign mobster ties is not a coalition that can effectively deal with any challenges facing the world, it a problem the world faces. You and your master are the present risk to the American people.

Yeah, pretty sure our allies the Kurds don’t think you’re “leading from the front” at all. We’re in the middle of a giant Orwell novel. (Oh, and Russia is now looting our abandoned military bases in Syria. But, I’m sure Dear Leader ran that by Putin first, anyway.)

To recap the Newspeak:

Maybe electing and coddling a know-nothing narcissist with daddy issues wasn’t the best idea we’ve had.