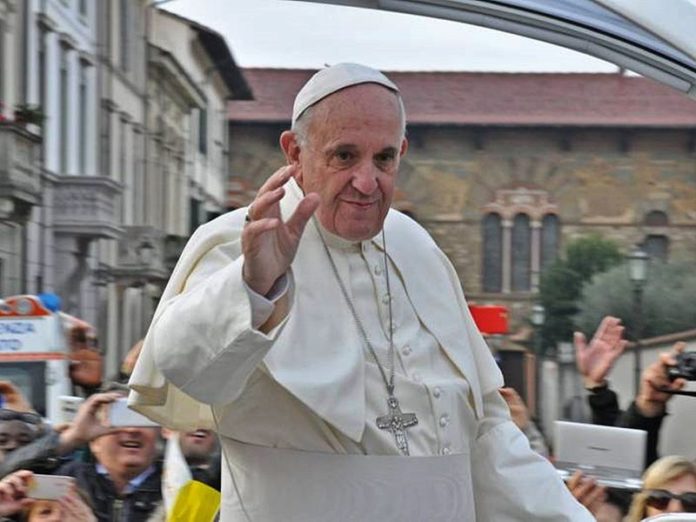 After years of waiting for the Catholic Church to confess to certain sins of the past, Pope Francis has finally acknowledged that nuns were used as sex slaves in certain congregations.

On Tuesday, the pontiff delivered the first papal mass in the Arabian Peninsula in front of 180,000 people in the United Arab Emirates.

“Those who attack or overpower others are not blessed, but rather those that uphold Jesus’ way of acting, he who saved us, and who was meek even towards his accusers,” Pope Francis said.

Perhaps his own words caused him to reflect on the pain afflicted on nuns in some newer congregations, because during the flight back to the Vatican, Pope Francis opened up about the abuse of power by some clergy members after being asked about the scandal by the Associated Press.

“It’s a path that we’ve been on,” the pontiff said. “Pope Benedict had the courage to dissolve a female congregation which was at a certain level, because this slavery of women had entered it — slavery, even to the point of sexual slavery — on the part of clerics or the founder in certain congregations, predominantly new ones and in certain regions more than others.”

“I would like to underscore that he was a man who had the courage to do many things on this topic,” Pope Francis said of his predecessor, who stepped down in the wake of a massive child sex abuse scandal that has continued to rock the Catholic Church to this day, among other scandals.

Alessandro Gisotti, interim director of the Vatican press center, later confirmed to CBS News that the order of nuns dissolved under Benedict was the Community of St. Jean in France. The reason the order was dissolved had not previously been made public.

Francis told reporters on his flight that the Catholic Church,” shouldn’t be scandalized by this,” adding that “there are steps in a process,” and “we are working on it.”

However, the Catholic Church absolutely deserves criticism for these scandals, and the idea that it doesn’t is absurd. Yes, Pope Benedict deserves credit for dissolving the congregation but the church should do much more to punish priests and other clergy members who conduct themselves in a manner ill-befitting the word of Christ. It also doesn’t help that Pope Francis warned Catholics that they shouldn’t have high expectations that an upcoming summit to address the sexual abuse scandal will change anything.

Hypocrisy and failure to react properly to such scandals are precisely why so many people have left the church over the centuries and continue to leave today. By opening up about the scandal, at least Pope Francis has taken a vital first step toward healing, but there is still a long way to go before the church can be forgiven for its ongoing sins.