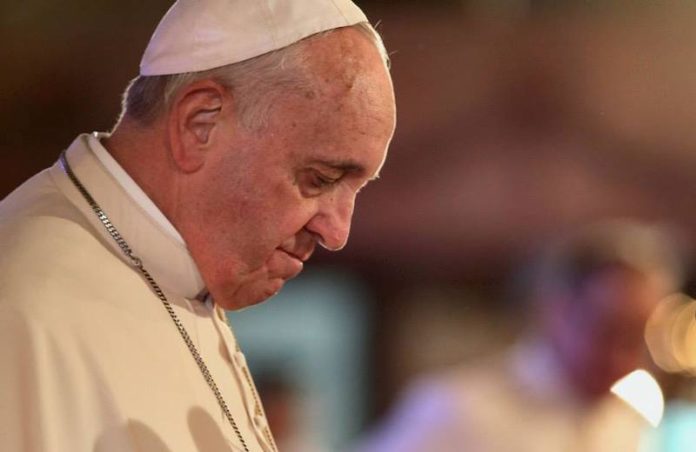 Recently, several major scandals have rocked the Catholic Church, from the discovery of nuns used as sex slaves to the revelation of a hidden rulebook for priests who break their vows of celibacy. Sex abuse is the hot topic when it comes to the Church, and on Thursday, Pope Francis issued a response:

“Pope Francis issued a groundbreaking new church law Thursday requiring all Catholic priests and nuns around the world to report clergy sexual abuse and cover-ups by their superiors to church authorities, in a new effort to hold the Catholic hierarchy accountable for failing to protect their flocks.”

However, many criticized the measure, saying that the entire problem with sex abuse within the church is the insular way complaints and allegations are handled.

Cases of sexual assault should be reported to the police, not the Church, Mosque or any other place of worship. First the police, then you issue a complaint to the Church.

“Pope requires sex abuse to be reported to church, NOT police” https://t.co/vJ4rviqwYV

Furthermore, the declaration failed to properly explicate punishment for offenders.

Sex abuse, without question, should be reported to the authorities, not solely to church officials. Pope Francis’s declaration would be barely acceptable in a system of simply individual cases of sexual assault.

However, hard-hitting journalism like The Boston Globe’s work in 2001 reveals a much darker and more pervasive culture of cover-ups surrounding sex abuse. Rather than focusing on individuals, the Globe indicted a system — replete with cardinals, bishops, priests, nuns, lawyers, judges, and (unfortunately) the police — that allowed these abuses to continue.

In Spotlight, 2015’s Best Picture, Mitchell Garabedian, a lawyer representing victims of sexual abuse at the hands of clergy, cleanly sums up the situation:

On its surface, mandated reporting can sound benign or even good. However, taking into account a tragically flawed system, the Church could be forcing clergy to report to superiors who will bury knowledge of sex abuse by any means necessary — instead of reporting to someone who might do something about it.