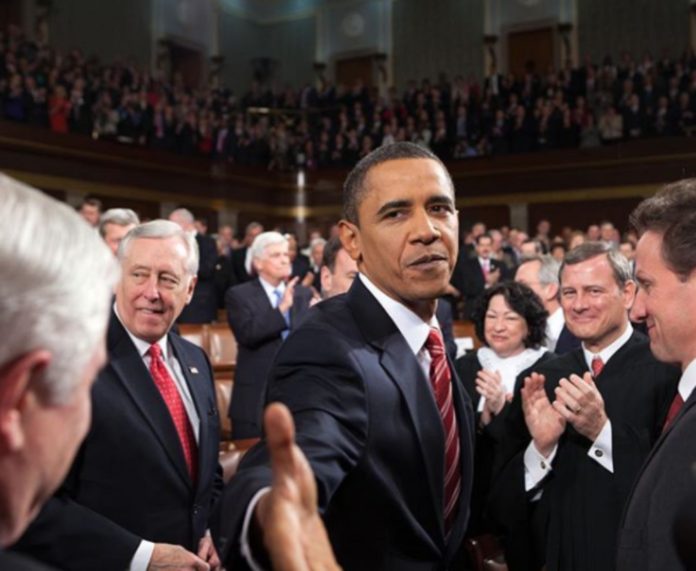 In what would be a huge deal for Netflix, the streaming service is negotiating a deal with former President Barack Obama to provide original content for viewers.

As President Donald Trump – as some would say – rapes and pillages the country while he easily dashes the hopes and dreams of a majority of Americans, Obama is giving us something to look forward to in the future.

Streaming service giant Netflix, along with several other companies such as Apple and Amazon, is interested in working with Obama and his wife former First Lady Michelle Obama.

Netflix, however, scored the opportunity to negotiate a deal with the Obamas first.

Under terms of a proposed deal, which is not yet final, Netflix would pay Mr. Obama and his wife, Michelle, for exclusive content that would be available only on the streaming service, which has nearly 118 million subscribers around the world. The number of episodes and the formats for the shows have not been decided.

Several possibilities for potential programming the Obamas could produce exists. The sky really is the limit considering the wide variety of interests between the power couple.

For instance, Obama could host a show where he talks about the issues our nation faces. He could also moderate debates between guests or just deliver commentary on the politics of the day in general. But Obama is more than just politics.

He could produce sports-based programming given his love for the Chicago White Sox and his passion for basketball. Or produce shows about leadership and community service. Or educate viewers about the Constitution, which would require Obama to dust off his professor credentials.

Michelle Obama could produce shows about nutrition, exercise, and empowering girls and women.

One can easily imagine Michelle Obama hosting a cooking show where she prepares a healthy meal and then shows us how to work off the calories with different exercises.

Or, they could both produce romantic comedies. After all, their relationship has given us many “aawww” moments that make it clear they are still very much in love.

But one area the Obamas want to focus on specifically is telling stories that inspire others. Former Obama senior adviser Eric Schultz said:

“President and Mrs. Obama have always believed in the power of storytelling to inspire. Throughout their lives, they have lifted up stories of people whose efforts to make a difference are quietly changing the world for the better. As they consider their future personal plans, they continue to explore new ways to help others tell and share their stories.”

One thing is clear, the Obamas intend to produce shows that give hope to the country, quite the opposite of the doom and gloom brought to us on a daily basis by Trump and his favorite channel Fox News.

And let’s be honest, the country could really use a break from the chaos in the current White House.

While Trump has been rated the worst president in history and has the lowest ratings of any president in the modern era, Obama is in the top ten and is still loved and missed by hundreds of millions of people around the world.

We could all use a little more Obama in our lives.

And now, it looks like Obama is the one who is getting a lucrative opportunity to create a media empire, not Trump. That’s definitely going to draw a Trump Twitter tantrum.