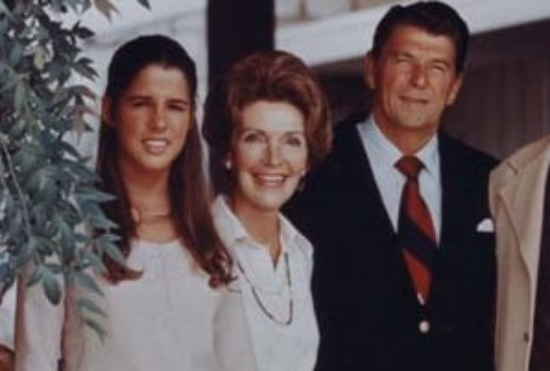 As Republicans continued to defend President Donald Trump over the weekend and into this week over his racist remarks, tolerance of white nationalist terrorism and assault on the rule of law, former President Ronald Reagan’s daughter Patti Davis scolded them.

Despite yet another white nationalist shooting at a Jewish synagogue over the weekend, Trump doubled down on his claim that Nazis are “very fine people.”

And Republicans not only defended and excused Trump’s remarks, but they also continued to excuse his obstruction of justice as outlined by the Mueller report.

Trump even crossed the 10,000 lie marker on Saturday and Republicans did not care.

And so, a very angry Patti Davis wrote an op-ed for The Washington Post to shame them for their cowardice and demanded that they stop invoking her father’s name to further their anti-American agenda.

“You have claimed his legacy, exalted him as an icon of conservatism and used the quotes of his that serve your purpose at any given moment,” Davis wrote. “Yet at this moment in America’s history when the democracy to which my father pledged himself and the Constitution that he swore to uphold, and did faithfully uphold, are being degraded and chipped away at by a sneering, irreverent man who traffics in bullying and dishonesty, you stay silent.”

“Most egregiously, you remained silent when Trump said there were “very fine people” among the neo-Nazis who marched through an American city with tiki torches, chanting, ‘Jews will not replace us,’” she wrote.

“So, to the Republican Party that holds tightly to my father’s legacy — if you are going to stand silent as America is dismantled and dismembered, as democracy is thrown onto the ash heap of yesterday, shame on you,” Davis concluded. “But don’t use my father’s name on the way down.”

Republicans have disgraced their party, the Constitution and the nation with their behavior. And it’s so bad that Reagan’s own kids no longer want their father associated with today’s GOP.