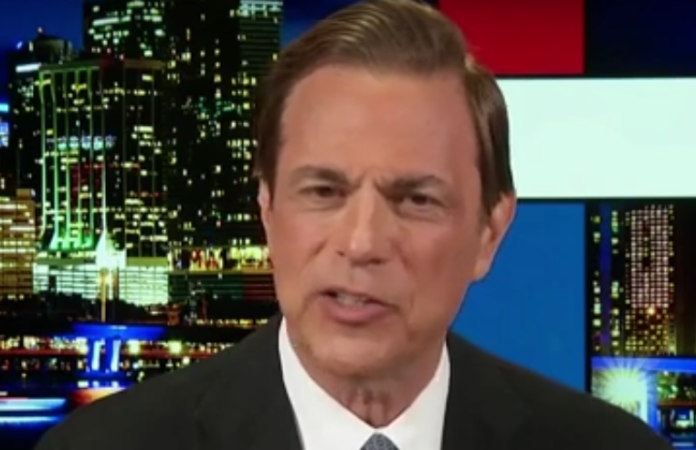 President Donald Trump disgraced himself and the nation on Wednesday by using a speech to troops fighting in Iraq to attack Democrats and complain about lack of support for his border wall, resulting in widespread condemnation, including from Fox News and presidential historian Michael Beschloss.

Trump made a surprise visit to Iraq after two years of being criticized for cowardly avoiding war zones, only to demonstrate that he can’t even act presidential in front of our soldiers.

Rather than urge unity and commend the troops on their performance, Trump called them “suckers” because he thinks we are fighting wars for other nations instead of for our own security against terrorist organizations.

“We’re no longer the suckers, folks,” Trump said before moving on to attack his political opponents. “I don’t know if you folks are aware of what’s happening. We want to have strong borders in the United States, the Democrats don’t want to let us have strong borders. Only for one reason. You know why? Because I want it.”

During an appearance on MSNBC Thursday night, Beschloss weighed in on Trump’s remarks and made it clear that what Trump is not normal.

“I thought it was obscene,” he began. “Just as you were saying, the president goes to speak to Americans whose lives are in jeopardy, the tradition is you keep it nonpolitical — you try to unite the group.”

Indeed, all presidents who speak to the troops have kept politics out of their remarks because the last thing we need is a military divided by political allegiances. It makes it harder for soldiers to trust each other and work together.

Beschloss also pointed out that Trump forced his views onto the troops because unlike ordinary Americans who can get up and walk out of a campaign rally, the troops have to stay put until the president is finished speaking.

“And for him to start talking about — in a nasty way — about Democrats and Nancy Pelosi and we’ve been played for suckers in the past, that’s fine if you want to say those things at a Trump rally, because people go to a Trump rally voluntarily and if they hear things they do not like, they can leave,” Beschloss continued. “These are young Americans for the most part who have chosen to serve their country, if the president says something they privately disagree with they don’t have the right to jeer him or get up and leave the way the rest of us do if we’re here in the United States. I thought it was disgraceful.”

“Outnumbered” host Lisa Boothe pointed out that it’s never “worked out for a president to prematurely declare victory over a terrorist organization.”

“I would never consider us, as a country, as the United States, ‘suckers,’” Banderas chimed in. “We have always led the fight in every major war. Military men and women, I believe, deserve way more respect than that.”

She also observed that many families are going to be hurt by Trump’s words because their family members in uniform fight for our freedom. Calling them “suckers” will make those families believe their loved ones died for nothing.

Jessica Tarlov slammed Trump and said he should not have used the speech as a campaign rally.

Trump had a chance to talk about unity and national pride but he decided to be divisive and poisonous instead while killing troop morale. Clearly, it was a good thing that Trump had never spoken to troops inside a war zone, and he should probably resume not visiting war zones for the rest of his scandalous and un-American presidency.