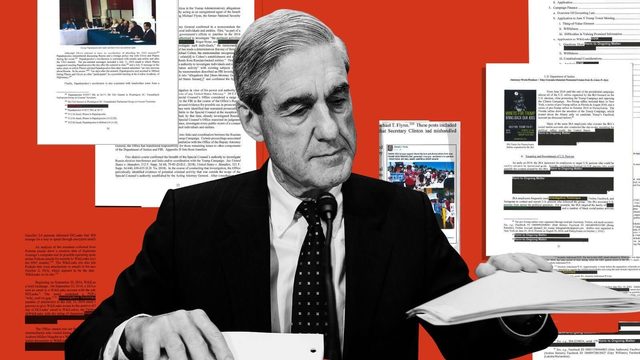 Despite the efforts of Attorney General William Barr to keep major portions of the report compiled by Special Counsel Robert Mueller hidden from Congress and the public, a federal judge has ordered that previously redacted portions of the document be released later this week, CNN reports:

Judge Emmet Sullivan of the US District Court in DC set a Friday deadline for the Justice Department to make public unredacted portions of the Mueller report that pertain to Flynn, plus transcripts of Flynn’s calls with former Russian ambassador Sergey Kislyak, and of a voicemail during which someone connected to Trump referenced Flynn’s cooperation.

Taken together, the judge’s orders look like a shortcut to transparency in a moment of executive branch stonewalling.

Those transcripts could give us new insight into Mueller’s work on the investigation he conducted into the Russian attack on the 2016 presidential election. And they might also better illuminate just how much the White House and president attempted to interfere with the Mueller probe, which would constitute obstruction of justice.

As for what exactly may be in the documents Judge Sullivan has ordered make public, CNN notes that the transcripts would likely show just how deeply the Trump team was in contact with Russia:

The conversations between Flynn and Kislyak during the presidential transition have only been summarized in court papers and the Mueller report so far. Transcripts of them, which may still be classified, could flesh out the public’s knowledge of a major event that Mueller investigated.

The calls between Flynn and the ambassador, in which they discussed Russian reaction to US sanctions and an upcoming United Nations vote about Israeli settlements, led to Flynn lying to the FBI. The calls also set in motion some of Trump’s potentially obstructive acts, including his request of then-FBI Director James Comey to let Flynn go.

Additionally, the new documents would also allow us to know what exactly was said in a phone conversation between Flynn and one of Trump’s attorneys. A portion of that discussion was quoted in Mueller’s report, but it contained a large number of ellipses:

“[I]t wouldn’t surprise me if you’ve gone on to make a deal with … the government. … [I]f … there’s information that implicates the President, then we’ve got a national security issue, . . . so, you know, . . . we need some kind of heads up.”

If indeed this new information further implicates the president, calls for impeachment will probably increase in the House, where many members are already saying that an impeachment inquiry needs to be started based on what we already know from the Mueller report.