The United States Blues
Home Politics Congress Primaries In Pennsylvania And Nebraska Could Shift Power In The House To... 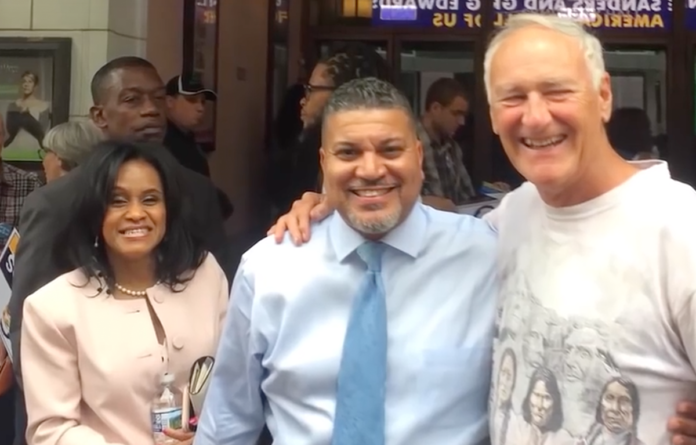 Twenty-three. That’s all the Democrats need to retake control of the House in the mid-term elections. Five of those seats are up for grabs in Pennsylvania alone. Now, as voters head to the polls for primaries in the state, the Democrats are hoping that the newly created district lines will propel them to victory.

The Pennsylvania Supreme Court ruled that Republican-drawn districts were unfairly gerrymandered and unconstitutional, and now the playing field is more level for the mid-terms and primaries.

Democrats also expect to see a surge in turnout from energized voters, expecting 30 percent voters turnout, compared to the usual 20 percent. (As low as that still seems!)

In a newly drawn 5th district, seven women are hoping to fill the seat vacated by Republican Rep. Pat Meehan, who stepped down after a scandal involving taxpayer money used to settle a sexual harassment lawsuit.

Six incumbent House Republicans are not running for re-election in PA, which means voters will choose from a field of numerous unfamiliar candidates.

Democrats think they will surely pick up three suburban districts in Philadelphia, where the population is more liberal.

The northeastern district where Allentown is located will be one to watch, as the choices for the Democrats couldn’t be more diverse.

From teachers to airport workers to hospital employees to fast food cashiers, working people are rising!  We need to make it easier for millions of low wage workers to join unions.  #WeRise #Union https://t.co/pZfU6MEeH3 pic.twitter.com/knm2cZAv50

PA-07 Susan Wild "Wild" https://t.co/Au5gYwYDth via @YouTube. Elect the only Progressive candidate in the PA 7th District who can win this November. Vote this Tuesday, 5/15 to elect Susan Wild

Then there is John Morganelli, a Democrat who supports Trump’s immigration policies and is against abortion rights. Certainly, this doesn’t seem typically modern Democrat compared to the other candidates, and yet there is some concern that if the candidate who wins the primary is “too liberal,” they could lose the race to the Republican.

According to Reuters, 81 candidates are running for 18 congressional seats, including 10 Democrats in a single race.

Meanwhile, the Nebraska primaries may also tip the power in the state house to the Democrats, as Republican Representative Don Bacon faces serious challengers: A former U.S. Representative Brad Ashford who is politically moderate and progressive candidate, Kara Eastman.

If you live in #NE02 and haven't voted yet, please #govote for @KaraEastman on your #lunchbreak or #afterwork. Polls are open until… https://t.co/ouxKk7Nizx

See more from Newsy below:

See more from The Young Turks on Rev. Dr. Greg Edwards below: