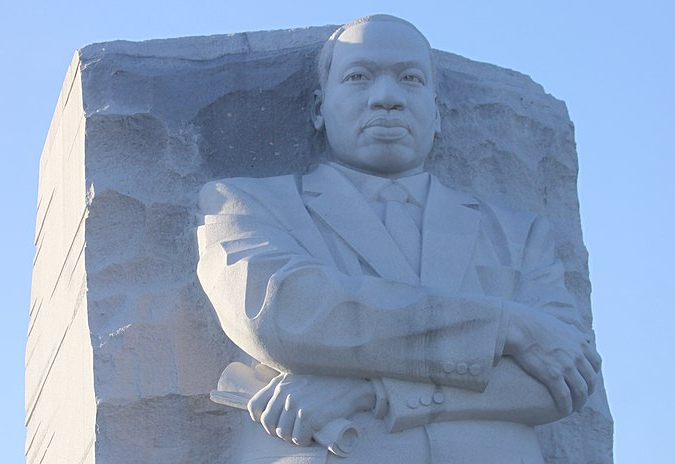 Vice-President Mike Pence stirred outage across the nation on Sunday when he compared President Donald Trump to Dr. Martin Luther King Jr. just a day before the country honors his life on the holiday recognizing the civil right hero.

During an appearance on Face the Nation Sunday on CBS, Pence spent the whole time defending Trump and making excuses for him on just about everything, including the government shutdown that has dragged on for over a month and has prevented 800,000 federal workers from receiving a paycheck, and all because Trump demands a wall on the southern border as a monument to himself and the white nationalism he supports.

And then he insulted the nation by comparing Trump to Martin Luther King.

“You think of how he changed America, he inspired us to change through the legislative process, to become a more perfect union,” Pence said of King. “That’s exactly what President Trump is calling on the Congress to do, come to the table in a spirit of good faith.”

Except that Trump is nowhere near like Martin Luther King, and Pence should be ashamed of himself for daring to make such a comparison.

And when Princeton historian Julian Zelizer appeared on CNN, he took Pence to the woodshed.

“The policies of this administration, from the border wall to voting rights restrictions, are antithetical to everything that Martin Luther King fought for,” he said. “So having Vice-President Pence invoke Martin Luther King, for this deal or for anything else, really flies in the face of his memory. There’s no way to look at that history and align it with what this administration is doing. It’s just the opposite.”

Indeed, Trump is literally separating children from their families at the border, something that would horrify King. Trump is also forcing federal workers to work for free, which is akin to slavery, definitely not something King would support. In fact, Trump made this shutdown all about him from the start and admitted as much on Sunday night in a tweet insulting federal workers by thanking them for working without pay so he can “win big.”

This isn’t about border security or any crisis. This government shutdown is about Trump wanting to win and “own the Democrats.”

And considering the federal government is one of the largest employers of African-Americans, it’s very unlikely that King would support Trump’s refusal to sign funding bills to re-open it over a divisive and racist wall.

ABOUT US
Lefties, Liberals, Progressives, Social Justice Warriors, Old Hippies, Concerned Millenials, Reformed Republicans and Democrats of Whatever Stripe – Welcome Home! We offer aggregated news – which means our writers credibly source and report on the news of the day. In all fairness, our team leans left and may editorialize from time to time but we are committed to giving you the facts. No tin-foil hat conspiracy theories here! Our Activism Resource Database is second to none and covers the spectrum from Animal Rights to World Peace (there were no categories that begin with Z). We make every effort to give you the most current information on ways you can make a difference. Whether you are an Armchair Activist or Full-Blown Social Justice Warrior we have something for you.
Contact us: [email protected]tatesblues
FOLLOW US
© 2019 TheUnitedStatesBlues.com
This website uses cookies to ensure you get the best experience on our website. Learn more.