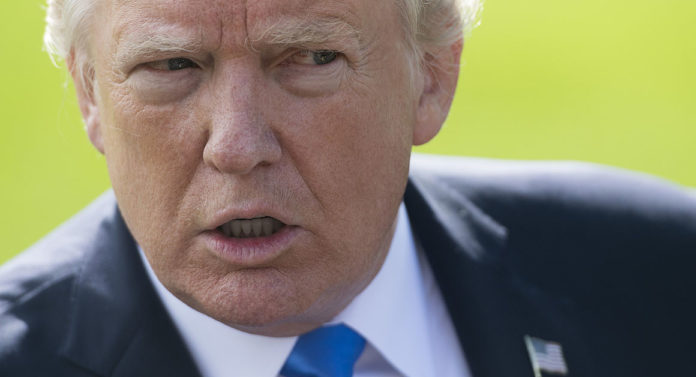 In an op-ed they wrote for USA Today, Kevin Kruse and Julian Zelizer lay out the case for holding Trump accountable as a way of protecting the most fundamental tenets of our republic:

“Accountability is essential to the long-term health of our democracy, more important than even healing the nation’s partisan divisions. The United States learned this lesson 45 years ago. In August 1974, President Richard Nixon resigned from office in disgrace as soon as it became clear that the House would vote to impeach him for obstructing justice in the Watergate scandal and, moreover, that the Senate would likely vote to remove him from office.”

They also note that Gerald Ford’s full pardon of Nixon for his crimes was a mistake because it sent the message that some people are above the law:

“The nation has continued to pay for its failure to hold Nixon accountable. The divisions that Ford had hoped to paper over with his pardon have only continued to widen. Moreover, the general trend — toward a vague sense of ‘healing’ instead of holding specific wrongdoers accountable — has only continued to erode the public’s faith in government over the ensuing decades.”

“As evidence continues to mount about all that President Trump and his advisers have done to violate the public trust, Democrats won’t have much choice. If they want to heal the nation, not just for what’s happened under Trump but also for what’s happened in the decades before, they should make sure that wrongdoing is set right.”

Some have suggested that impeachment would be too traumatic for the nation and could also be politically damaging to the Democrats with a presidential election looming next year. But can we really allow a president to conspire with a foreign adversary and just look the other way if evidence is uncovered proving that crime? That could well wind up telling future presidents that they have carte blanche to commit whatever acts they want without repercussions.

If its proven that Trump has committed high crimes and misdemeanors, he has to be removed from office.