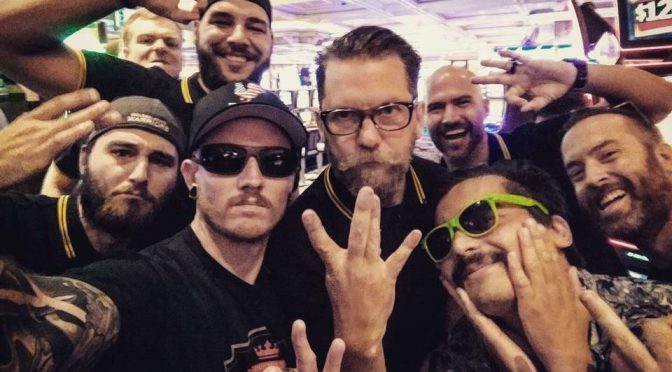 Last weekend, the right-wing fascist group the Proud Boys, along with some of their troglodytic allies, marched in Portland, Oregon, spreading their brand of hate and bigotry, even though their so called march only lasted a mere 30 minutes.

But it turns out that the Proud Boys and the other racist cohorts actually did some good with their march, even though they certainly didn’t intend to, HuffPost reports:

For each member of the assorted far-right and white nationalist groups who attended the Aug. 17 rally, anti-fascists had pledged to donate a nickel, a dime or other small amounts of money to an Oregon Latino rights organization called Causa, which helps defend undocumented people from deportation.

Yep, they helped raise money for immigrant rights, even though that wasn’t their plan.

As it turns out, each right-wing marcher might just as well have just reached into his pocket and pulled out a wad of bills, because they wound up raising $36,000 and counting:

Some 300 fascists turned out for the rally, and in the week since, PopMob says Causa has “received $36,017.69 to support their work with Latino immigrants and their families.”

Put another way: Each fascist who turned up in Portland last weekend ended up personally raising about $120 for an anti-fascist cause they despise.

In case you aren’t familiar with the Proud Boys, here’s a brief rundown on them:

In a statement, PopMob, which organized the anti-fascist fundraiser, said it had been:

“In direct opposition to the anti-immigration rhetoric of the far-right and the current administration that emboldens them, showcasing the resilience and strength of a community coming together against hate.”

Hate will never win. As Mahatma Gandhi once wrote:

“When I despair, I remember that all through history the way of truth and love have always won. There have been tyrants and murderers, and for a time, they can seem invincible, but in the end, they always fall. Think of it–always.”