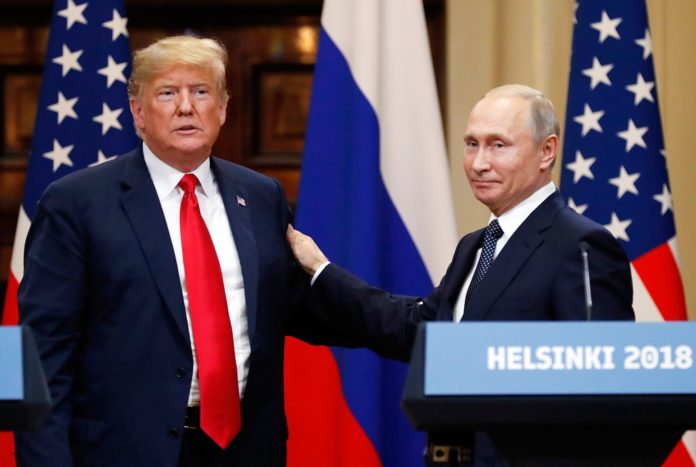 Russian President Vladimir Putin sent a friendly New Year’s message to President Donald Trump on Sunday, but part of the communique almost sounded like a demand that Trump meet with him as soon as possible.

In a statement from the Kremlin, the Russian president “stressed that Russia-U.S. relations are the most important factor behind ensuring strategic stability and international security.”

The holiday message from Putin also included this line, which could almost be taken as insisting that Trump agree to a meeting shortly after 2019 arrives:

“(President Putin) confirmed that Russia is open for dialogue with the USA on the most wide-ranging agenda.”

Russian Foreign Minister Sergei Lavrov also seemed to suggest that Moscow is waiting on Trump to set a meeting in the near future:

“The issue should be addressed to Washington. Both our president and his representatives have said that we are ready for the talks when Washington is ready for it.”

Two planned meetings earlier this year between Trump and Putin were canceled. The first, scheduled to take place during the G-20 summit in Argentina, was called off after Russian forces seized Ukrainian boats in an open act of defiance of international law.

The leaders were also supposed to meet at the centenary celebration in Paris of the armistice which ended World War I. Trump refused to attend a visit to a military cemetery at that event because it was raining at the time.

Putin’s call for another summit also comes amidst the growing clouds around the White House from the investigation into the Russian attack on the 2016 election. Mueller will reportedly release his report detailing what his investigation has uncovered as soon as February. And Congressional Democrats are also planning extensive hearings on a possible conspiracy between members of the Trump campaign and Russia that could wind up leading to articles of impeachment being drawn up against the president.