The United States Blues
Home Elections Putin Says They Have New Nuclear Weapons That Can Target Anywhere In... 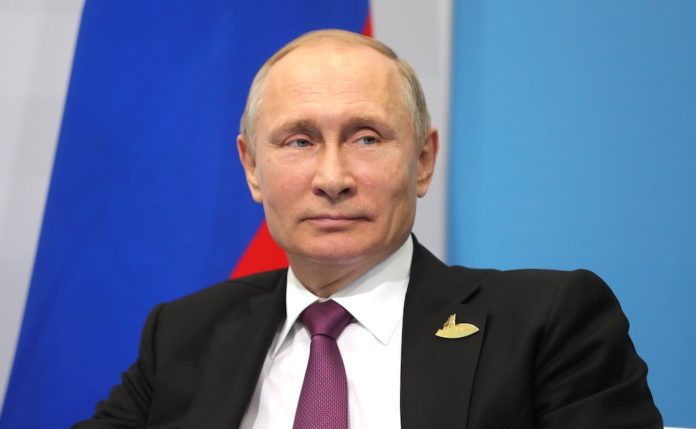 Just in case your fears about nuclear war had subsided, Russian president Vladimir Putin is here to return them to the foreground. Back in January of 2018, President Donald Trump sparked outrage by playing what amounted to a game of chicken with an equally erratic world leader also known for his ego – Kim Jong Un.

North Korean Leader Kim Jong Un just stated that the “Nuclear Button is on his desk at all times.” Will someone from his depleted and food starved regime please inform him that I too have a Nuclear Button, but it is a much bigger & more powerful one than his, and my Button works!

The tweet even caused many to ask if a president threatening nuclear war with a social media platform where he boasts over 48 million followers violated Twitter’s terms and agreements.

“We’re not threatening anyone. Russia’s growing military might is a reliable guarantee of peace on our planet because it ensures the strategic balance in the world.”

Though he said he wasn’t threatening anyone, President Putin also warned Washington not to threaten Russia, saying:

“Russia still has the greatest nuclear potential in the world, but nobody listened to us. Listen now.”

The speech has brought nuclear proliferation back to the forefront of conversation, and many Americans rightly fear for their safety being in the hands of a man criticized by his own party as being unfit for the job.

According to CNN, a US official with knowledge of Russia’s military doubts that Putin’s weapons are operational, and suspects that the remarks were largely made for a Russian audience, not a foreign one.

The last piece of the puzzle is that America outrageously outpaces its military competitors and allies when it comes to defense spending. The show of force by President Putin may simply be bluster as he gears up for another electoral win in March. However, though it may not be credible, no one can say for certain how much of it is.

Image By The Kremlin.ru via Wikimedia Commons/CC-By-3-0 and CC-By-4.0.